Zac Efron Plastic Surgery – Did He Go Under The Knife?

Last year, a rumor that Zac Efron had gotten plastic surgery went viral on Twitter and the internet. But did he actually get plastic surgery? Here’s what we know.

Zac Efron is a well-known actor and singer who rose to prominence in the late 2000s for his leading role as Troy Bolton in the High School Musical trilogy. He has since acted in a number of TV series and films, including Neighbors, Baywatch, The Greatest Showman, Robot Chicken, and Down to Earth with Zac Efron.

Given his constant presence in the spotlight, it’s natural for celebrities like Efron to want to look their best. As a result, it should come as no surprise that cosmetic surgery and other treatments are becoming increasingly popular.

Zac Efron has neither admitted nor denied the allegations, but his gradually altering facial features have led many people to suspect he has undergone cosmetic surgery over the years. The majority of people think that he has always looked good, but some believe that the cosmetic procedures he has undergone have made him even more appealing.

The buzz about Zac Efron’s plastic surgery began when the 34-year-old appeared in Bill Nye’s “Earth Day Musical” special for Facebook Watch on April 22, 2021, with what looked like swollen cheeks and a more prominent jaw.

Viewers believed the actor looked a lot different than he did when he starred in his Netflix show “Down to Earth” in 2020 and quickly took to Twitter to speculate about Zac’s appearance. 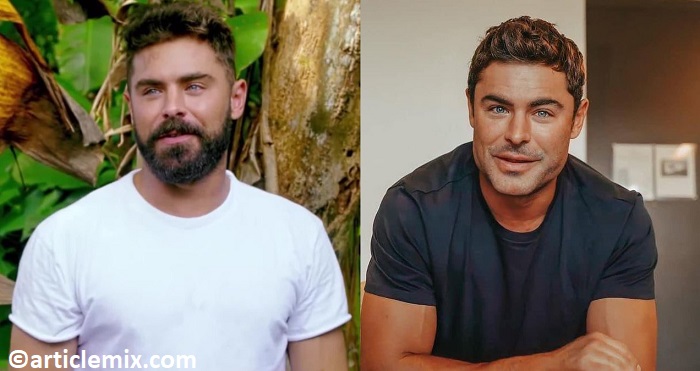 Zac Efron before and after photo.

“What in hell did Zac Efron do to his jaw,”

“Zac Efron was way too inspired by The Weeknd‘s face shape.”

Meanwhile, many fans were quick to defend the High School Musical alum. One Twitter user reminded fans that Zac’s seemingly new face could possibly have a connection to a previous injury from 2013. The tweet read:

“Y’all do remember that Zac Efron broke his jaw, right? What happened to leading with kindness? Y’all forget so quickly,” 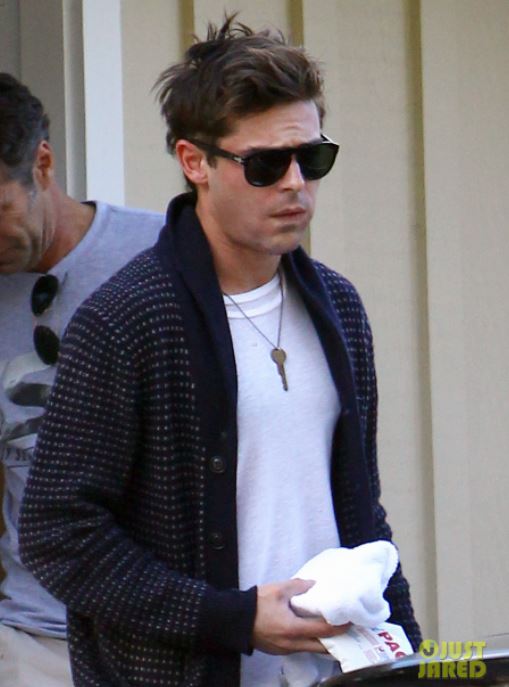 Zac Efron was photographed for the first time after breaking his jaw. Photo credit: Just Jared

Nine years ago, Zac slipped in a puddle at his home and suffered a gash that required stitches.

That wasn’t the first time That Awkward Moment star surprised his fans with his appearance. Fans were quick to comment on the actor’s huskier look for his role in Baywatch in 2020, forcing him to embark on a strict diet and exercise regimen.

Though Zac Efron has never publicly talked about undergoing plastic surgery or any cosmetic procedures, many believe he got plastic surgery, but it’s possible it’s just injections.

“Zac does look quite different, with a wider jaw especially on the right. I suppose it’s possible he’s had injections of filler to reshape his jaw.”

So we can all agree that Zac, at the very least, looks different than before. Injections would imply that he did get some work done but did not actually go under the knife.

“Zac may have fallen victim to the overfilled face with facial fillers. This happens frequently when patients find a cosmetic injector who they trust, but the injector either has a poor grasp on proper facial aesthetics or is just milking a wealthy client for more money with continued injections.”

While Twitter was flooded with Zac Efron’s plastic surgery speculations following his appearance on a Facebook video for Bill Nye’s Earth Day Musical, Zac’s friend, Kyle Sandilands, came forward to deny rumors that the actor has had plastic surgery.

In late April 2021, the Australian radio host said on “The Kyle and Jackie O” radio show:

“It’s like getting a Picasso and having a kid finger paint all over it. Why bother?”

Kyle went on to state:

“I would know if he [Zac] ’d had any plastic surgery.”

It seems Kyle is right. Efron is already an extraordinarily handsome man, and there have been no obvious changes in his lifestyle that would lead us to believe that the exceptionally attractive actor would jeopardize his legendary looks by undergoing cosmetic surgery.

Did Zac Efron Get a Nose Job?

Zac Efron’s nose has also been the source of a lot of headlines. Celebrities and many others are increasingly using nose jobs (rhinoplasty) to reduce or straighten their noses. Some people argue that Efron’s nose is different from before. 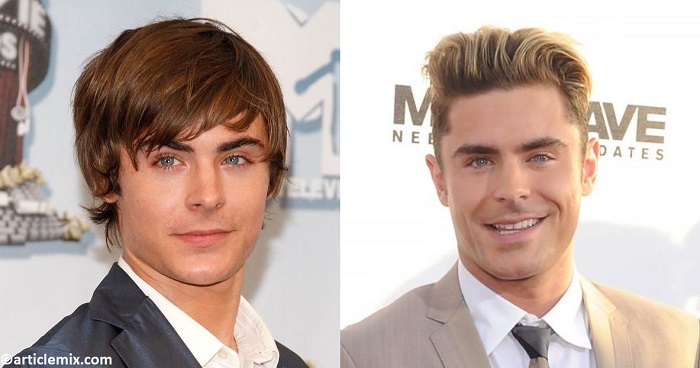 However, we have nothing to validate this claim, which is presented with no evidence and on a hearsay basis (you know how cruel rumors are to celebrities).