Who is Tony Rock? Everything About Chris Rock’s Younger Brother 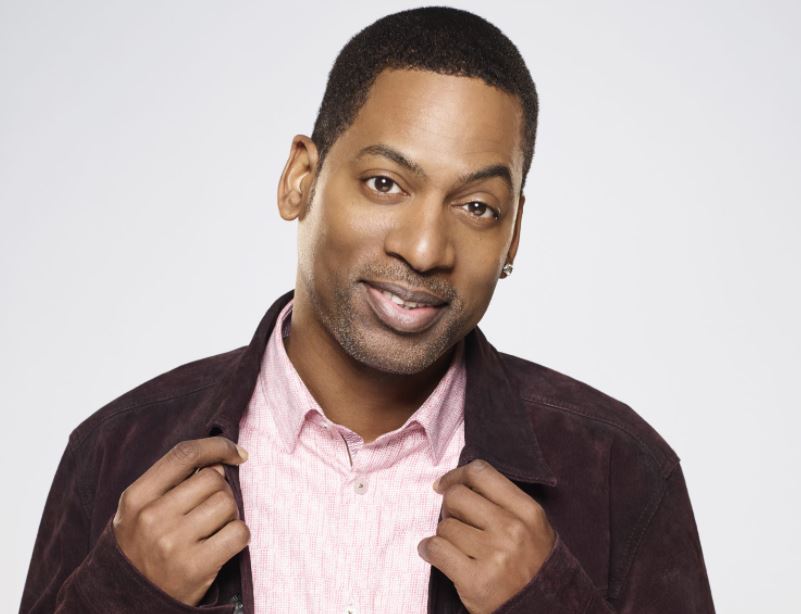 Who is Tony Rock? Everything About Chris Rock's Younger Brother. Photo credit: The Teal Mango

Chris Rock is all around the news after Will Smith slapped him at the 94th Academy Awards. But now, his brother Tony Rock has grabbed headlines after he launched a stinging attack on Will Smith and his wife Jada Pinkett-Smith at a comedy gig.

Tony Rock, born June 30, 1974, is a 47-year-old comedian and actor. He is mostly known to people as the younger brother of Chris Rock, who was a presenter at the 2022 Oscars. Most recently, he appeared on the Netflix baking competition Is It Cake? as a judge.

Who is Tony Rock?

Tony Rock, whose birth name is Anthony Andrew Rock, is an actor and stand-up comedian. He is best known for his role as Uncle Ryan in Everybody Hates Chris.

According to his IMDb bio, Tony booked a show in Amsterdam only after six months of pursuing comedy. The comedian regularly performs in New York and Los Angeles. In New York, he is famous for his performances at Comic Strip, Caroline’s, and Stand-Up New York. Meanwhile, in Los Angeles, he is a regular at Improv, Icehouse, The Comedy Store, and The Laugh Factory.

Tony also hosted the Oxygen network’s game show ‘Can You Tell?’ and was a correspondent during the fifth season of Comedy Central’s ‘Battlebots’ in the early 2000s. He appeared in his own sketch comedy series ‘The Tony Rock Project’ from 2008 to 2009. He has also appeared on several radio and television segments, including The Howard Stern Show and The D’Angelo Show.

Tony has also made an appearance in the 2012 film ‘Think Like a Man’ and served as a judge on Netflix’s ‘Is It Cake?’ recently.

Who are Tony Rock’s parents?

Tony Rock is the son of Rosalie Rock (nee Tingman) and Julius Rock. His mother was a teacher and social worker for the mentally handicapped, and his father was a truck driver and newspaper deliveryman. His father Julius died in 1988 after ulcer surgery.

Tony Rock’s family history was profiled on the PBS series African American Lives 2 in 2008. His great-great-grandfather, Julius Caesar Tingman, was enslaved for 21 years before serving in the American Civil War as part of the United States Colored Troops.

How many siblings does Tony Rock have?

Tony Rock is one of seven children born to his parents. He grew up on Decatur Street in the Bedford-Stuyvesant neighborhood of New York City with his five brothers – Chris, Andre, Brian, Kenny, and Jordan – and one sister named Andi. 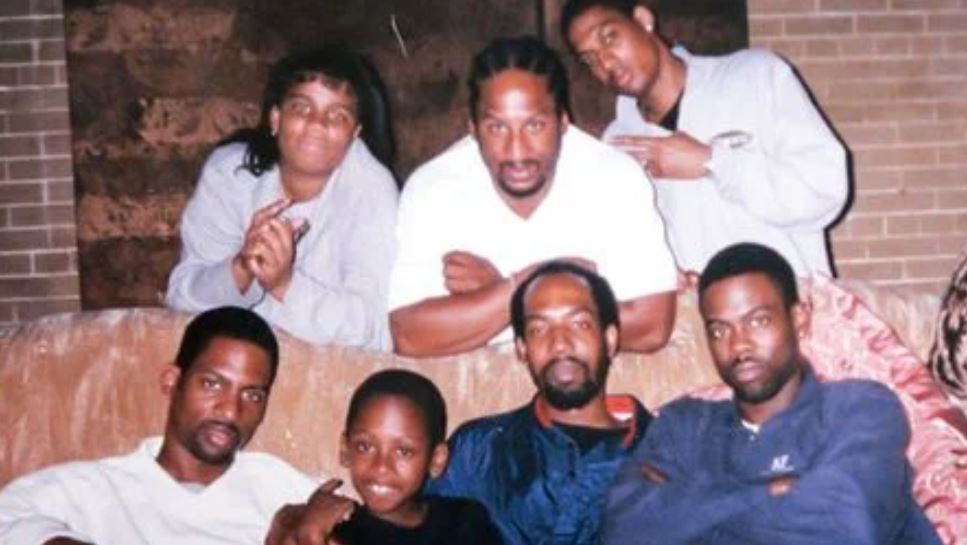 Tony Rock has five older brothers, including Chris, and a sister. Photo credit: The Things

He had an older paternal half-brother, Charles Ledell Rock, who died in 2006 after suffering from alcoholism. His brothers – Chris, Kenny, and Jordan – are also in the entertainment business.

What did Tony Rock say about Will Smith?

Following the incident at the 2022 Oscars in which actor Will Smith slapped Chris Rock, his younger brother Tony Rock took to his Twitter to answer questions about the incident. 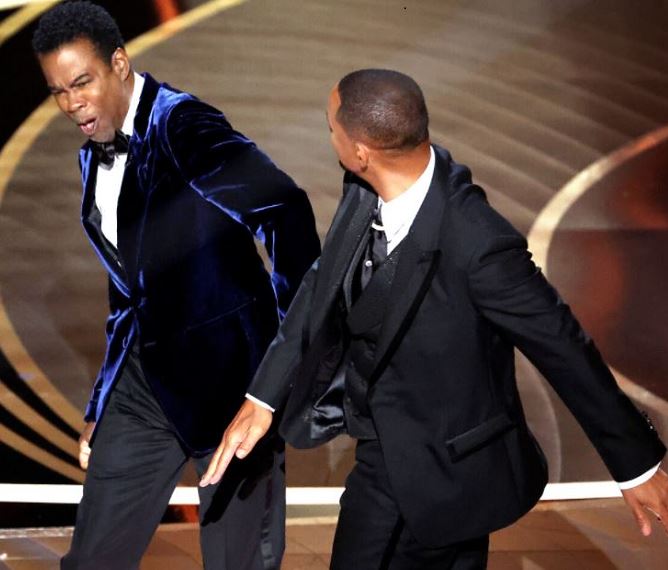 One user asked the comedian: “Do you approve of the apology?”

The comedian then launched a stinging onstage attack on Will Smith and he didn’t spare Jada from his tirade. While performing stand-up at the PNC Arena in Raleigh, North Carolina as part of his No Remorse comedy tour, Tony hit at Smith for storming the stage and slapping his older brother after he joked about his wife Jada Pinkett-Smith’s bald head, making a reference to G.I. Jane.

In a video shared by entertainment publication The Shade Room’s Instagram, Tony told the audience:

“If you think you gonna to walk up on this stage, this ain’t the motherf**king Oscars! And if you walk your a** up here, you ain’t nominated for s**t but these motherf**king hands! Oh, we going to pop the rest of the year. Every time you see me do a show, pop!”

The comedian went on to say that he didn’t want to start the show like that. He said:

“You gonna hit my motherf**king brother because your b**ch gave you a side-eye?”

Tony then noted that there’s “a lot of Rock brothers”.

Though Tony Rock has never confirmed his marriage, he is in a relationship with his lady who he tends to keep a low profile.

According to Tony Rock’s Instagram posts, his partner celebrates her birthday on October 12. In 2020, the comedian wished his love lady via an IG post, where he wrote:

“Happy Birthday Mommy 🎉🎉🎉 You really gonna trust me next to this cake?” 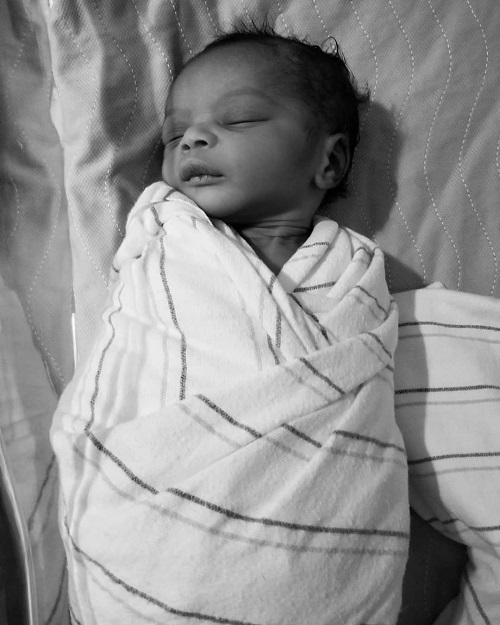 The couple welcomed a son named Charleston in May 2020. He announced the news of the arrival of their child via an IG post, where he quoted Bible verses that summed up what it means to be a father. 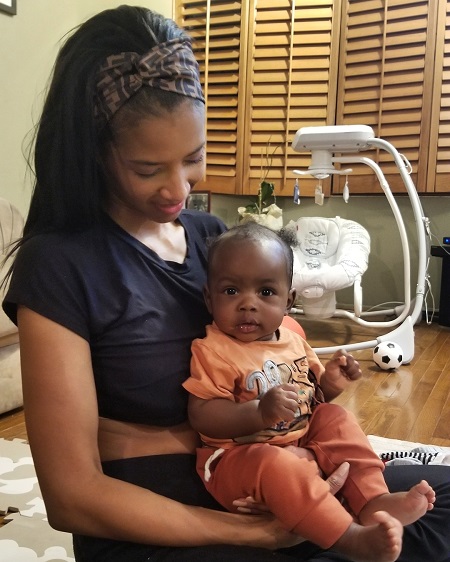 On Mother’s Day 2020, Tony shared a photo of what seems to be his baby mother holding their son. He captioned the post:

“Happy Mothers Day to Charlestons favorite person on earth. Thank you for loving him abundantly, teaching him and nurturing his sense of wonderment with the world around him. We celebrate you today and every day. Thank you Nana”

Though Tony and his love lady share a child together, it’s still unknown whether the two are married.