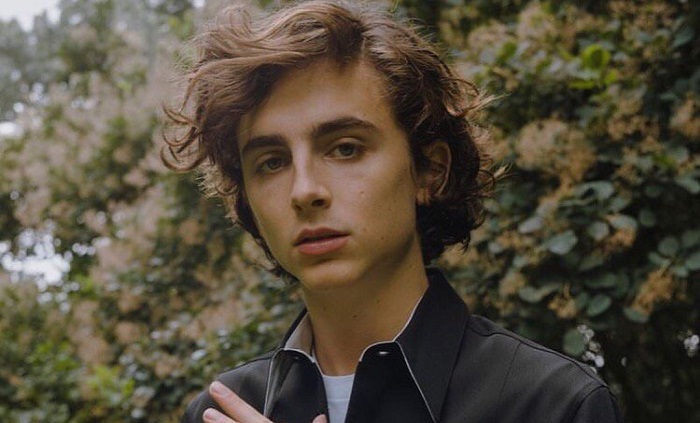 Chalamet, an American actor, had a breakout year in 2017, with the simultaneous Oscar candidates “Call Me by Your Name” and “Lady Bird,” two films that showcased his leading-man appeal combined with a gangly, distinctive charm. With roles as a meth addict in “Beautiful Boy” opposite Steve Carroll and Henry V in Netflix’s “The King,” he soon became one of Hollywood’s hottest talents.

Here is everything you need to know about the breakout star.

Timothee Chalamet, who was born on December 27, 1995, grew up in the Hell’s Kitchen neighborhood of New York City. His American mother, Nicole Flender, is a dancer and a Broadway performer turned real-estate broker, while his French father, Marc Chalamet, worked as an editor for Unicef. 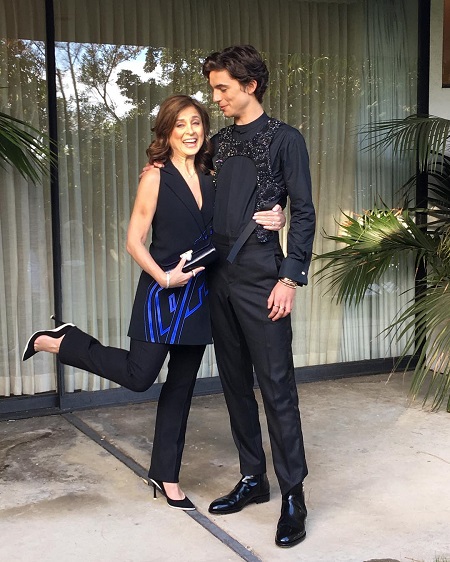 Chalamet had a passion for everything from Broadway plays to athletics as a child. He spent his childhood summers in France with his family.

Pauline Chalamet, Chalamet’s older sister, is also an actress. His other family members are also involved in showbiz – aunt, Amy Lippman, is a producer and writer whose credits include Party of Five and Masters of Sex; uncle, Rodman Flender, is a television director, and his grandfather, Harold Flender, was a screenwriter and novelist.

The 25-year-old Chalamet made his acting debut in an episode of Law & Order: SVU when he was 13 years old. Not long after graduating from the arts high school La Guardia, he was cast in the role of Matthew McConaughey’s son in the 2014 space drama Interstellar. 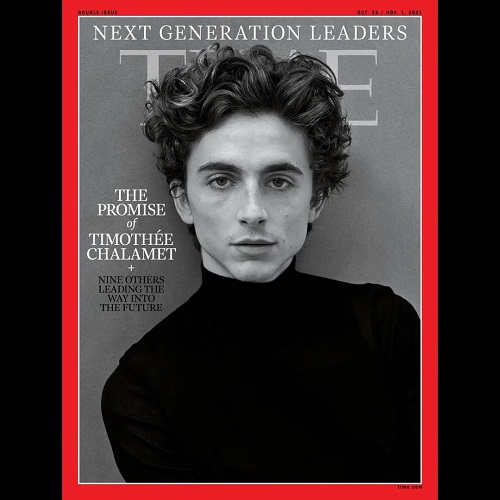 The same year, Chalamet made his film debut as a high school student in Jason Reitman’s Men, Women & Children. For the next two years, he appeared in indie films – The Adderall Diaries, One and Two, and Miss Stevens.

Chalamet had a breakthrough in 2017 when he starred in Luca Guadagnino’s gay love story Call Me by Your Name. The role of Elio earned him an Oscar nomination and catapulted him to stardom. 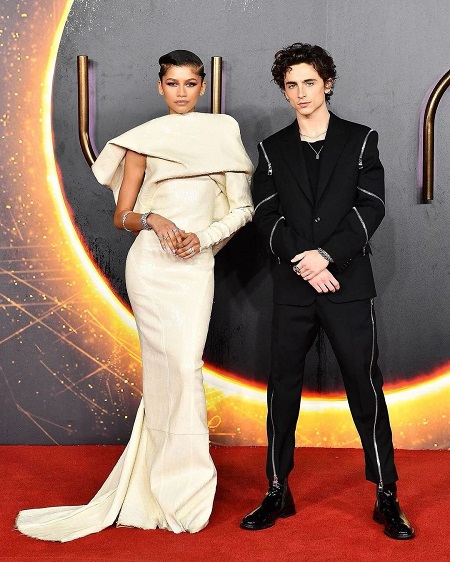 That same year, Chalamet appeared in Greta Gerwig’s Oscar-nominated film Lady Bird. He subsequently went on to star in the addiction drama Beautiful Boy and Gerwig’s adaption of Little Women, both of which earned him critical acclaim. He also starred as Henry V in Netflix’s The King, as Gatsby Welles in Woody Allen’s romantic-comedy A Rainy Day in New York, and as Paul Atreides in the sci-fi epic Dune.

Chalamet will next be seen in the upcoming Netflix original comedy film Don’t Look Up, the romance-horror film Bones & All, and in a biopic of singer Bob Dylan called Going Electric. He is also slated to reprise the role of Elio in a sequel to the film Call Me by Your Name and the role of Paul Atreides in the sequel to Dune. 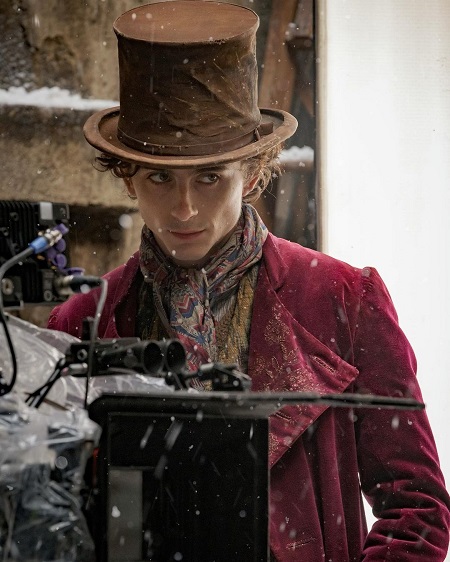 He’ll portray young Willy Wonka in the musical film Wonka and appear in Find Me, a film adaptation of the 2019 novel of the same name.

The Call Me by Your Name actor is on the path to becoming one of the richest actors in Hollywood. His foray into the world of blockbuster movies has affected his net worth exponentially.

Back in October 2020, Chalamet was worth a reported $6 million. But today, he is worth $10 million, according to Celebrity Net Worth, which means the Dune star raked in $4 million in the space of one single year. 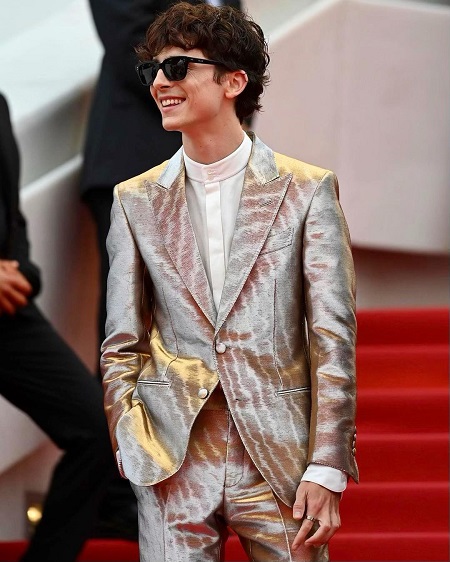 Back in March 2020, Cheat Sheet anticipated that Chalamet’s net worth could grow to $60 million by the end of the 2020s. While looking at his upcoming projects and the massive increase in his net worth in just a year, that prediction sounds about right.

Timothee Chalamet’s Relationship: Is He Dating Someone?

The Beautiful Boy actor was in a relationship with Lourdes Leon in 2013. Leon, the daughter of pop icon Madonna, was Chalamet’s high school classmate. The two had performed together in a school production of ‘Sweet Charity.‘ Though the pair have already split, they are still good friends. 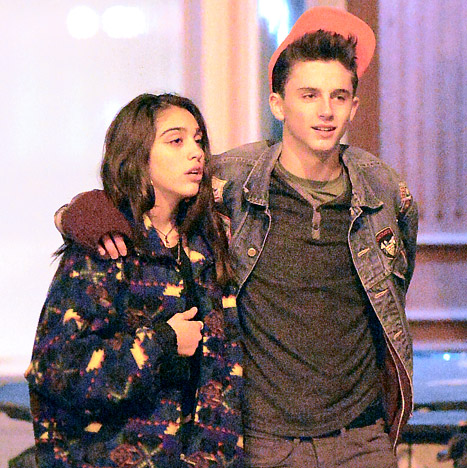 In 2018, rumors began to circulate that Chalamet had begun dating Lily-Rose Depp after they were seen getting close while out in New York. They dated for two years before calling it quits in 2020, according to reports.

Chalamet’s been linked to Saoirse Ronan and Eiza González since then. In March 2021, it was rumored that he had rekindled his relationship with Lily, however, this has yet to be confirmed.

How Tall is Timothee Chalamet?

According to Chalemet’s IMDB biography, the celebrity heartthrob stands at the height of 5 feet 10 inches or 1.78m.

However, Chalamet is listed at various heights on other websites, ranging from 5’9″ to 6’1″.