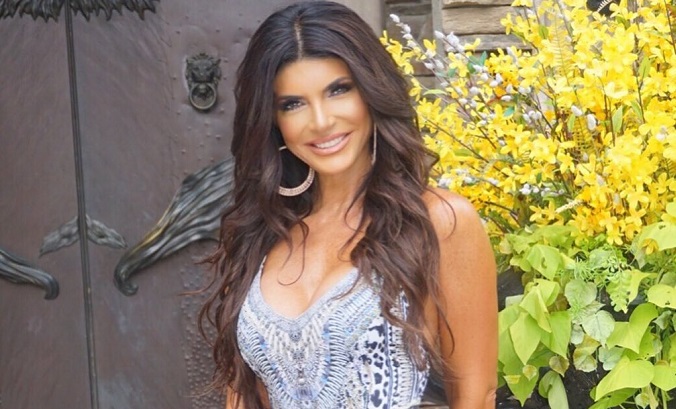 Teresa Giudice, star of “The Real Housewives of New Jersey,” says she “feels better” about herself after having a nose job earlier this year. Check out what other surgical procedures she has done over the years.

Teresa Giudice is best recognized for her role in the Bravo reality show “The Real Housewives of New Jersey.” She’s been a housewife on the reality show from its first season, giving audiences an up-close glimpse at her life’s highs and lows, including a front-row seat to her famed family conflict and legal difficulties that landed her in prison.

The RHONJ star made headlines in September 2020 after calling it quits with her longtime husband Joe and finding a new man in her life just two months later.

In today’s section, however, we’ll be talking about Teresa Giudice’s plastic surgery. What surgical procedures she has done to enhance her youthful appearance? Let’s find out:

Teresa Giudice Had Her Nose Job Earlier This Year

In earlier 2021, Teresa Giudice admitted to having a nose job though she was nervous about getting it done at first.

On 7 November, when she appeared as the keynote speaker at the New Jersey Ultimate Women’s Expo at the NJ Convention & Expo Center in Edison, the reality star said:

“I don’t know if anybody knows, but I did get the tip of my nose done and I was so nervous about getting it.” 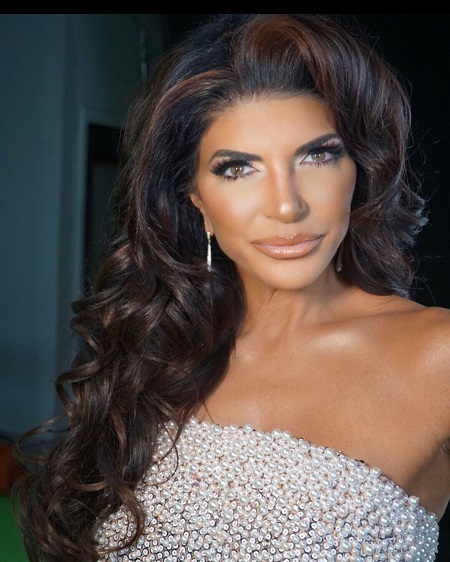 Teresa Giudice got the tip of her nose done this year. Photo credit: Instagram/teresagiudice

Giudice also admitted that she always perceived she had a “tomato nose” and the top of her nose was too “round.” She even consulted her fiance Luis Ruelas before moving forward with the procedure and had the job done after he gladly told her to do what she wanted.

Like her 20-year-old daughter Gia, Giudice also went to the New Jersey surgeon, Dr. Tobias Englewood, for the procedure.

In January 2020, the Real Housewives of New Jersey star disclosed that she underwent a second breast augmentation nearly 12 years after the first. 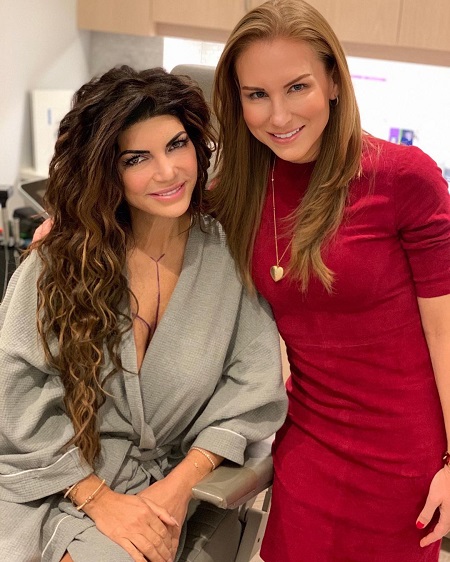 At the time, the RHONJ star noted that she was very nervous to re-do her breasts. But once the surgery was completed, she could not be happier with the results. She wrote on Instagram:

“I believe it’s important to always stand strong and feel like your best most confident self.”

Giudice had her first breast augmentation in 2008 when she was filming the first season of RHONJ.

Many people are curious to know the extent of Giudice’s plastic surgery as she has maintained her youthful appearance throughout the years.

In an interview, Dr Pam Agullo speculated on what Giudice might have done to obtain her immaculate appearance. 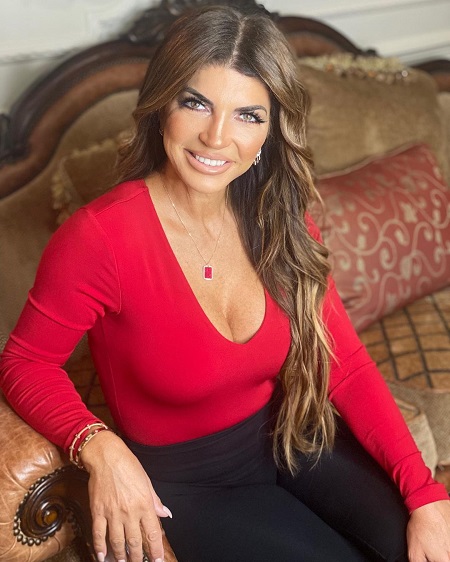 Teresa Giudice hasn’t admitted to doing anything on her face besides a nose job. Photo credit: Instagram/teresagiudice

“Teresa has undergone a mind-blowing transformation that has her looking amazing nowadays. In my opinion, she probably had a full face rejuvenation with neurotoxin and fillers under her eyes, cheekbones, and marionette lines. Giving her an overall refreshed and rejuvenated look.”

Agullo also pointed out the use of photoshop has everyone guessing whether the facial changes in celebrities is the result of filters, surgery, or makeup.

Outside of publicly acknowledging her nose job and breast augmentation, Giudice has never confirmed that she has had other cosmetic procedures done.