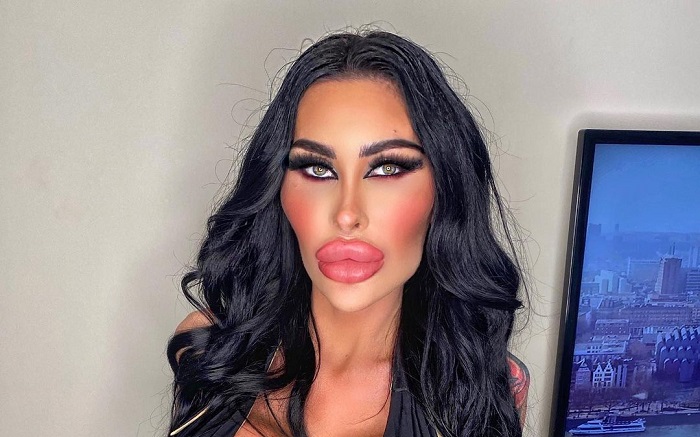 Tara Jane has gone under the knife several times to look like a real-life ‘Barbie.’ Grab all the details about her plastic surgery procedures.

Thanks to her distinct look, Tara Jayne McConachy has made appearances on the iconic makeover TV series Botched and recently in an Australian beauty show called Mirror Mirror. She also has an OnlyFans page and is planning to launch her own bikini line, Fak3, shortly.

According to Tara Jayne, a cosmetic surgery enthusiast, she has spent a staggering sum of money on plastic surgeries and cosmetic procedures to achieve her goal of turning herself into a living doll.

Let’s learn all the details about what procedures Tara Jayne has had to achieve a real-life “barbie” appearance.

In an interview, the 32-year-old nurse said that she spent a significant amount of money, more than $250,000, to build an incredibly over-the-top figure with enormous lips and humongous breasts, which she professes to enjoy. 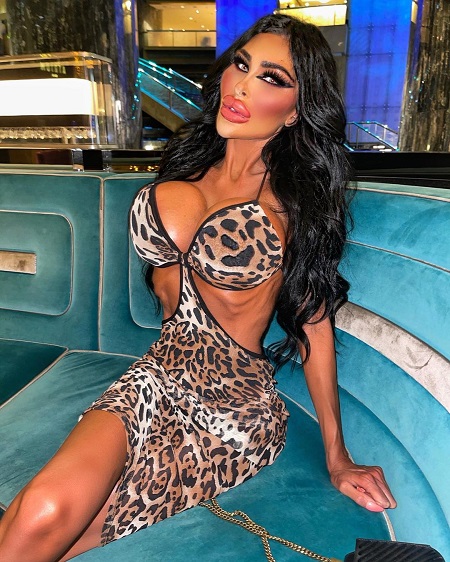 “I am just not into the whole natural look. I like to look fake.”

She also explained why she wants to appear like a doll, claiming that “dolls are perfect” before adding that she doesn’t want to look like a Barbie because she’s a brunette, but rather wants to create her own brand.

Jayne has admitted to having five breast augmentations till now, and she currently wears a G-cup bra. She’s also had submuscular gluteal implants to give her a rounder butt, facial fillers, especially in her lips, six nose jobs, and Sculptra treatment on her bottom. 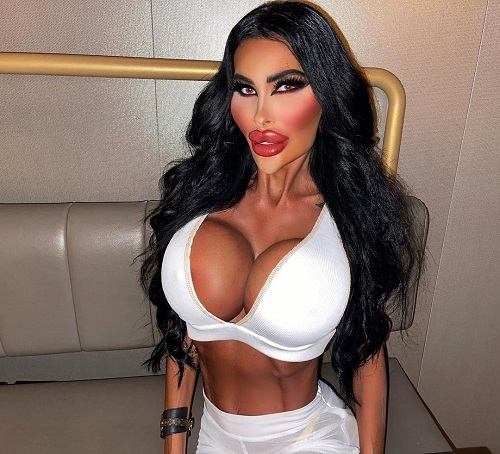 The Aussie model wears a full set of porcelain veneers to make her “living doll” look more accomplished, and admits to “been going crazy with filler” for the past 5 years. She also said that she did everything for herself and that she is unconcerned about other people’s opinions.

“I get it is not everyone’s cup of tea, but I don’t do it for everyone, I do it for myself. If someone is throwing insults at me – ‘you’re fake this, you’re fake that’ – I don’t find that an insult because you put money and effort into things and if someone is going to say you look real well, then there is really no point,” noting that she enjoys “not fitting in with the crowd.”

The surgery-addicted OnlyFans model claims that she has around two kilos of implants in her body. She told:

‘I currently have 1050 cubic centimetre implants, along with 410mls of silicone implanted into my butt.’

Australian physicians have refused to conduct any more procedures on Jayne due to her intense desire to make her body look outrageously artificial, prompting her to explore alternatives from abroad.

As a result, Jayne underwent her most recent breast and buttock implants in Turkey in March of last year, at a cost of $30,000. She still has a long list of surgeries in mind, including a full facelift, further breastwork, Hydrogel silicone injections, cheek implants, and a new set of porcelain veneers.

Jayne stated that she does not consider her cosmetic surgery quest to be an addiction, but rather a hobby, saying:

“I am not hurting anyone. People have hobbies, they ride bikes, play basketball, go to the movies – they do things they like and I like plastic surgery.”