Simone Biles Boyfriend in 2022: Dating Jonathan Owens – Are They Planning on Getting Married? 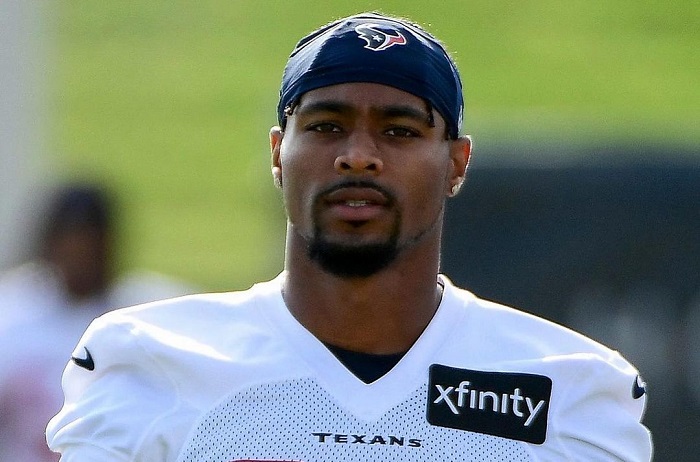 An Inside Scoop On Jonathan Owens' Relationship With His Gymnast Girlfriend Simone Biles. Photo credit: Instagram/jowens_3

Jonathan Owens has been dating Simone Biles since March 2020, right before the pandemic. Grab all the details about their relationship; they are truly “a match made in heaven.”

Jonathan Owens, 26, a Houston Texans safety, and Simone Biles, 24, arguably the greatest gymnast of all time, are one of the most powerful athletic couples out there. Their love story deserves a gold medal.

In August 2020, Owens and Biles made their relationship Instagram official with a simple snapshot captioned, “it’s just us 🤎.” Thanks to their vacation photos, holiday tributes, and matching moments, the couple has since become one of social media’s cutest couples.

We’ve outlined what we know about their relationship below.

The Houston Texans safety and Olympic gold medalist first met via the dating app ‘Raya’ in March 2020, just before the pandemic began. But when the two slide into each other’s DMs, Owens was unfamiliar with his future girlfriend’s greatness.

“I didn’t know who she was. I just hadn’t heard of her, and when I told her that, that’s one of the things she liked.” 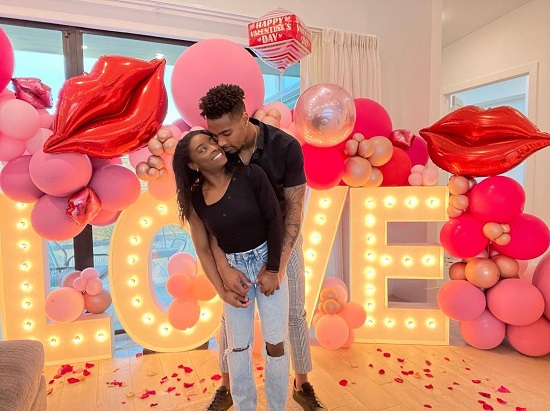 In early 2020, both Owens and Biles had great ambitions, with Owens heading to training camp and Biles set to compete in the Summer Olympics. They had more time for each other while everything was postponed owing to the pandemic.

Owens is thankful for the pandemic as the lockdown gave him a chance to hang out with Biles and establish a connection with her. He said:

“We ended up hanging out right before the pandemic. It was one of the few times in her life where everything was just shut off and she couldn’t do anything. So we used it to get to know each other—really get to know each other. It created our bond and made it stronger. Now I’m so thankful.”

After dating for a few months, the lovebirds made their relationship Instagram-official in August 2020. Biles posted a photo of the two with the caption: “It’s just us.” 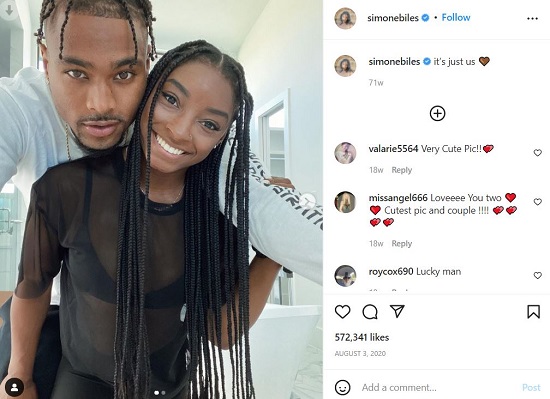 Jonathan Owens and Sim made their relationship Instagram-official in August 2020. Photo credit: Instagram/simonebiles

Biles joked about her gymnastics prowess a few weeks later with a photo of the two captioned: “the only time I fall is when he’s there to catch me.”

The following month, Biles made her Instagram debut on Owen’s feed. He captioned the post: “Now you rockin with a real one.”

Around this time, Owens began visiting Biles family dinners every Sunday, according to The Wall Street Journal.

The Lovebirds Celebrated Their One-Year Anniversary with Matching Outfits

Biles posted a romantic photo of herself and Owens wearing matching outfits on what appears to be a date night to Instagram to commemorate her one-year anniversary with him.

Biles and Owens wore orange shirts–a tee for Owens and a tube top for Biles–along with frayed light-wash denim and white sneakers. The gymnast also included an honest caption, stating that the post was published after their actual anniversary day. 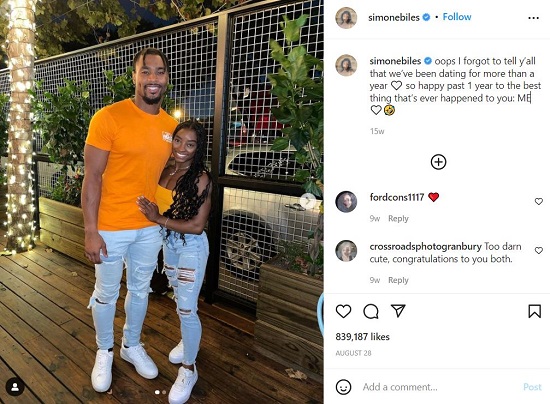 “Oops I forgot to tell y’all that we’ve been dating for more than a year 🤍 so happy past 1 year to the best thing that’s ever happened to you: ME 🤍🤣.”

“Time flies when your having fun ❤️🤪 To many more with you baby 🤞🏽.”

To celebrate their anniversary, the couple had traveled to Belize in March. They even shared several photos of their vacation to Belize.