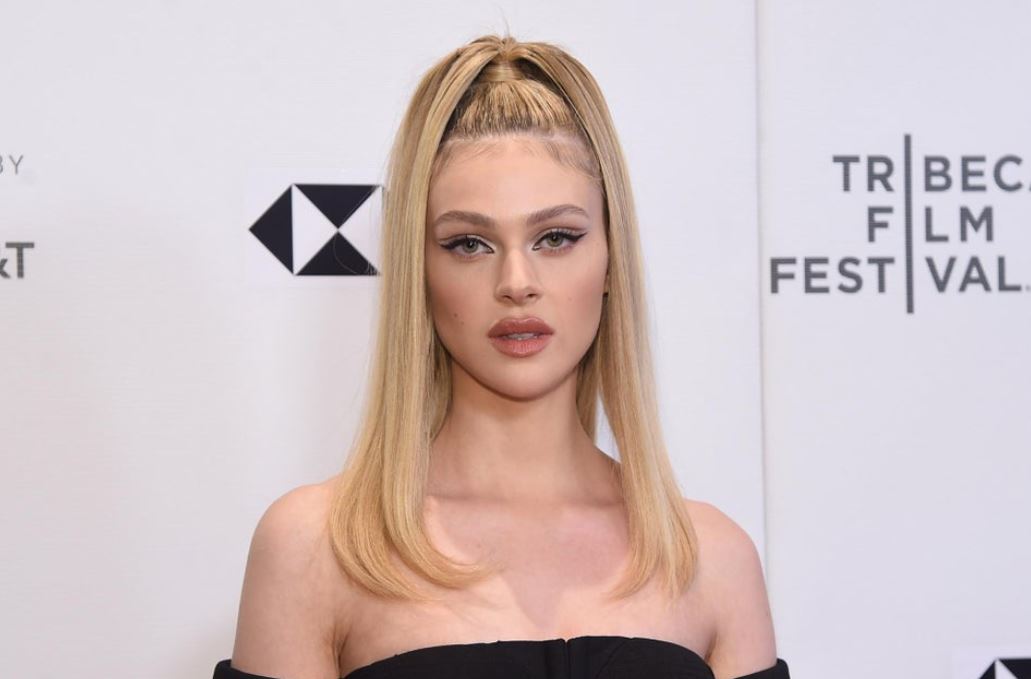 From Nicola Peltz’s recent wedding with Brooklyn Beckham to her star-studded dating history, here’s a breakdown of who Peltz dated before she fell in love with the son of celebrity superstars Victoria and David Beckham.

Nicola Peltz and Brooklyn Beckham recently got married on April 9, 2022, two years after confirming their relationship on Instagram. The newly married husband and wife had their nuptials at Peltz’s family estate in Palm Beach, Florida.

Brooklyn’s parents, Victoria Beckham and David Beckham were not the only celebrities in attendance. Eva Longoria, Gordon Ramsay, Serena Williams, and Alexis Ohanian were among the guests photographed at the wedding. 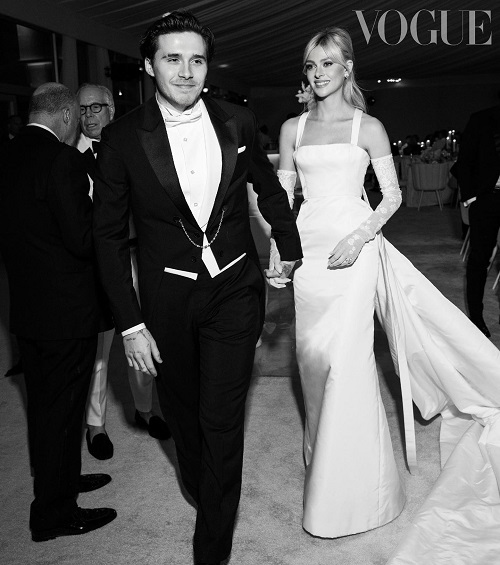 The pair planned a multi-day celebration with guests arriving on April 8 for welcome cocktails ahead of April 9 afternoon’s wedding and reception. The nuptials included a traditional Jewish ceremony, with Peltz’s grandmother serving as her maid of honor.

Before finding the love of her life, Nicola Peltz, 27, had quite the star-studded dating history. From Anwar Hadid to Justin Bieber, here’s everyone who Peltz dated before meeting and falling in love with her now-husband, Brooklyn Beckham!

Peltz first sparked dating rumors with the Baby singer Justin Bieber in May 2016, after they were spotted out on a few dates in Los Angeles. Despite being on tour at the time, Bieber made time for date nights with Peltz and even took her on a vacation to his hometown, Toronto. 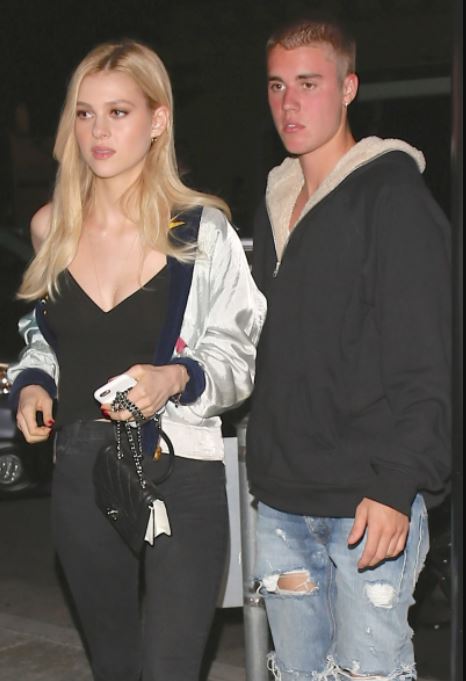 Although the two were never officially a couple, Bieber was reportedly smitten.  After the pair were spotted on a Beverly Hills dinner date on May 25, a source told E! News:

“Justin has a crush on Nicola and really enjoyed the date with her the other night. He wants to settle down and have a relationship. He feels like something steady would be good for him.”

It’s unclear when or why Peltz stopped seeing Bieber, but it appears that they ended their relationship around late June.

Nicola Peltz and Anwar Hadid — the younger brother of supermodels Gigi and Bella Hadid — originally fueled dating rumors in January 2017 after images of them sharing an intimate New Year’s Eve moment surfaced. Weeks later, on January 19, E! News confirmed that the two were officially a couple. 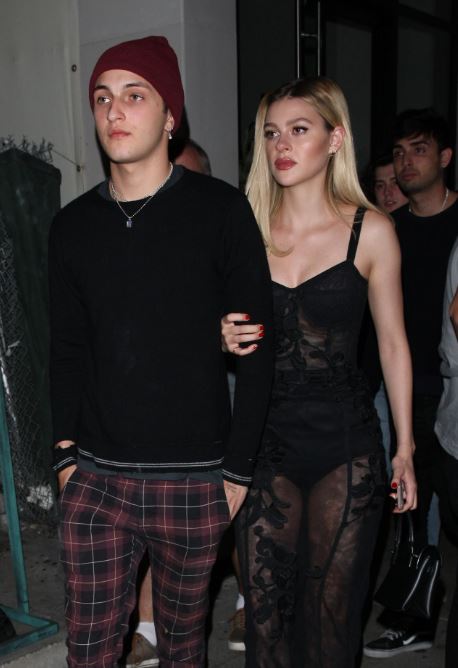 Nicola Peltz and Anwar Hadid were pictured together at Catch LA Restaurant in West Hollywood on October 24, 2017. Photo credit: CELEBMAFIA

Throughout their year-and-a-half relationship, they were frequently spotted out on date nights or at events such as New York Fashion Week. Hadid often uploaded photos with Peltz on Instagram, though the photos have since been deleted following the breakup.

Peltz and Hadid’s split rumors swirled in early June 2018 when Hadid was seen locking lips with model and “Keeping Up With the Kardashians” star Kendall Jenner. A spokesperson confirmed the split the next day, June 5, and followers noted Peltz unfollowed the entire Hadid family on Instagram. 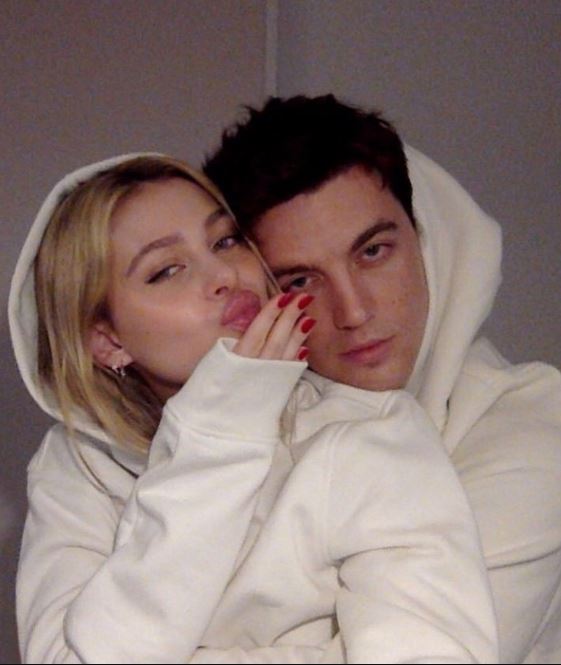 The American actress even appeared on the cover of the band’s single “Thru These Tears.”

However, things did not work out, as Peltz announced on Twitter in February 2019 that they had ended their relationship. She wrote:

“Just wanna tell u guys paul n i went our separate ways but i always wish him all the best!!! all good vibes!”

During a fan Q&A on Instagram, Brooklyn Beckham revealed that he and Nicola Peltz met for the first time at Coachella back in 2017. However, they reconnected at Leonardo DiCaprio’s Halloween party in late 2019 where they fell in love and began dating soon after.

Beckham proposed to Peltz in July 2020. He announced the news of their engagement, posting photos on Instagram with the caption:

“I am the luckiest man in the world. I promise to be the best husband and the best daddy one day.”

The pair had a long engagement, but not by choice. In November 2021, Beckham told Hello!:

“We’ve been engaged for a year and if Covid wasn’t a thing we’d have liked to have been married already, and it has been a bit difficult.” 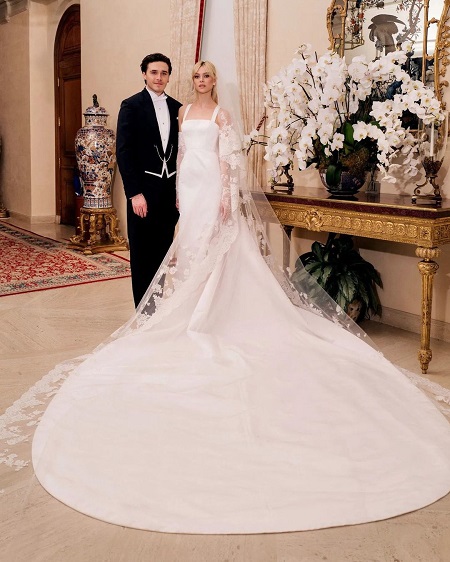 The pandemic only made Peltz and Beckham strong, and now, the two are officially a married couple. The couple tied the knot on April 9, 2022, at an elegant black-tie affair held on Peltz’s family estate in Palm Beach, Florida. 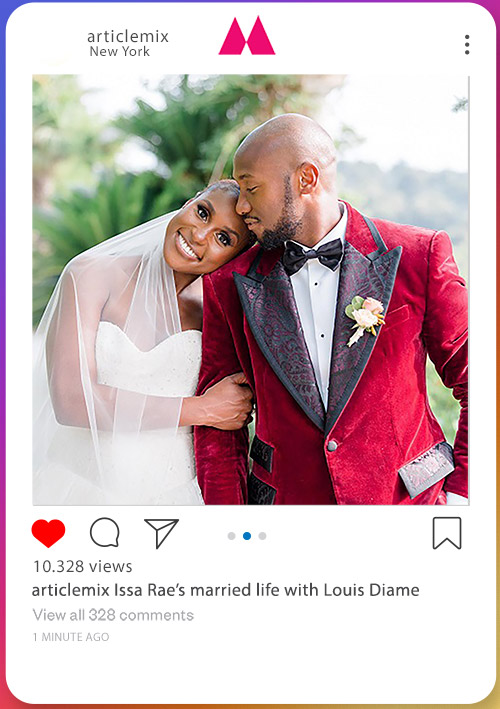