In early December 2020, the Good Bones actress had a series of surgeries performed on her body. Know all the procedures Mina Starsiak did in order to stay confident and be happy with her body.

Mina Starsiak is well aware that many women embrace their post-pregnancy bodies, scars and all. However, after two pregnancies, both of which required C-sections, as well as breastfeeding, the Good Bones actress no longer felt at ease in her own body.

Her C-section scar became a physical reminder of not resembling and feeling like herself. Along with the confidence, she also lost strength. These factors propelled her to have intensive plastic surgery. And now, she doesn’t dislike her body anymore.

So, what are the procedures Mina Starsiak did to regain her confidence? Is she opting to have more surgery? Let’s find the answer to these questions.

Mina developed diastasis recti, a muscular condition, during both of her pregnancies with now-3-year-old Jack and now-1-year-old Good Bones daughter Charlotte. Her abdominal muscles were separated by four and a half inches as a result of this. 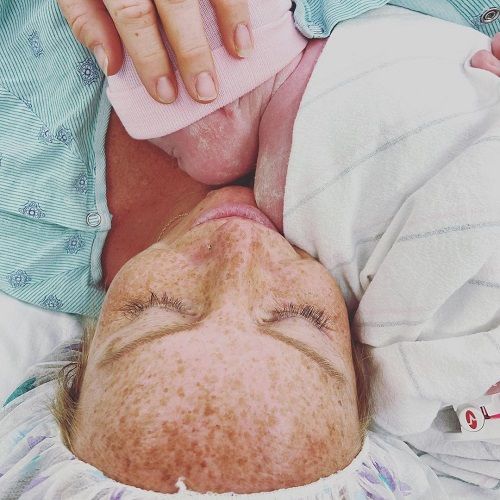 Mina lost her core strength as a result of the separation between the muscles. It also hindered her ability to work on construction sites. So, she started working out to repair the split and enhance her self-esteem.

However, she later came to the conclusion that regular training would not produce spectacular improvements. Hence, she decided to undergo plastic surgery in order to have body confidence.

Mina considered plastic surgery during her first pregnancy with her son, Jack, in 2018. She finally chose to have surgery almost three months after she gave birth to her daughter, Charlotte, in September 2020.

In early December 2020,  the new business owner underwent a five-hour surgery under surgeon Dr. Peter Koltz. The procedures included a tummy tuck, liposuction, and breast implants. The series of procedures that Mina had is termed as a mommy makeover.

Her C-section scar looked better after the plastic surgery. The outcomes of the surgical procedures gave her a lot of confidence. She even shared a post-op photo on her Instagram.

Starsiak was asked if she would be interested in having more plastic surgery during an interview with US Weekly in June 2021. She replied: 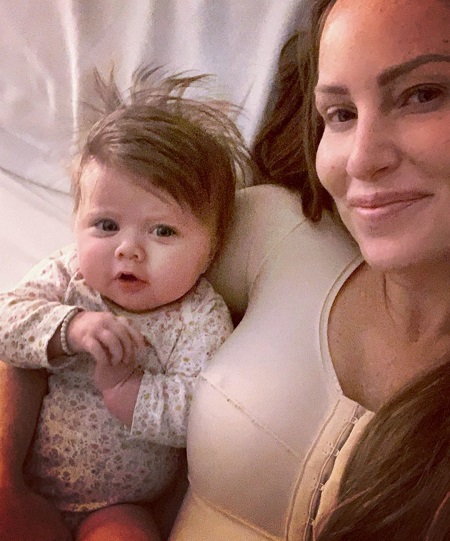 The Good Bones star stated that she is particularly interested in fixing the scar on her tummy. She revealed that she “moved around a lot” during the healing process after the surgery.

“I was literally like looking at our properties with my drainage bag still attached to me and when you do that, it stretches your scar out a lot so it’s not as pretty as my doctor would have liked it to be if I had behaved better.”

The mom of two would likely go under the knife again to fix the scar on her stomach. But what matters for now is that she is happy with the results of her elective surgery.