The head coach of Ole Miss, Lane Kiffin, has lost significant weight since the end of the 2020 season. How many pounds did he shed? Let’s find out:

Lane Kiffin, the head coach of Ole Miss, is notorious for creating headlines for reasons other than football. He is the talk of collegiate football in the summer of 2021, thanks to his substantial weight loss following the conclusion of the 2020 season.

But how much weight did Lane Kiffin drop, exactly? Here is everything you need to know about his weight loss journey.

Kiffin had a humorous way of describing the moment he realized he needed to lose weight. He said:

“I saw a picture of me at the bowl game last year and told the players I looked like an anaconda that had swallowed a deer and the deer got stuck in its neck.”

Lane Kiffin before and after weight loss. Photo credit: articlemix.com

According to the head coach, it’s all about accountability. How can he expect his players to work hard and eat well if he is unwilling to do the job himself?

While his health was a big factor in his decision to lose weight, Kiffin noted that he also wanted to demonstrate self-discipline to the players in his program.

“That goes for all of us, starting with me. Here I am in postseason meetings back in January telling my offensive linemen and other guys that they needed to eat better, lose weight, get in better shape, and I looked like a whale.”

How did Lane Kiffin Lose Weight?

After realizing that he needed to shed some pounds, the Ole Miss head coach kicked it into gear from January 2021. 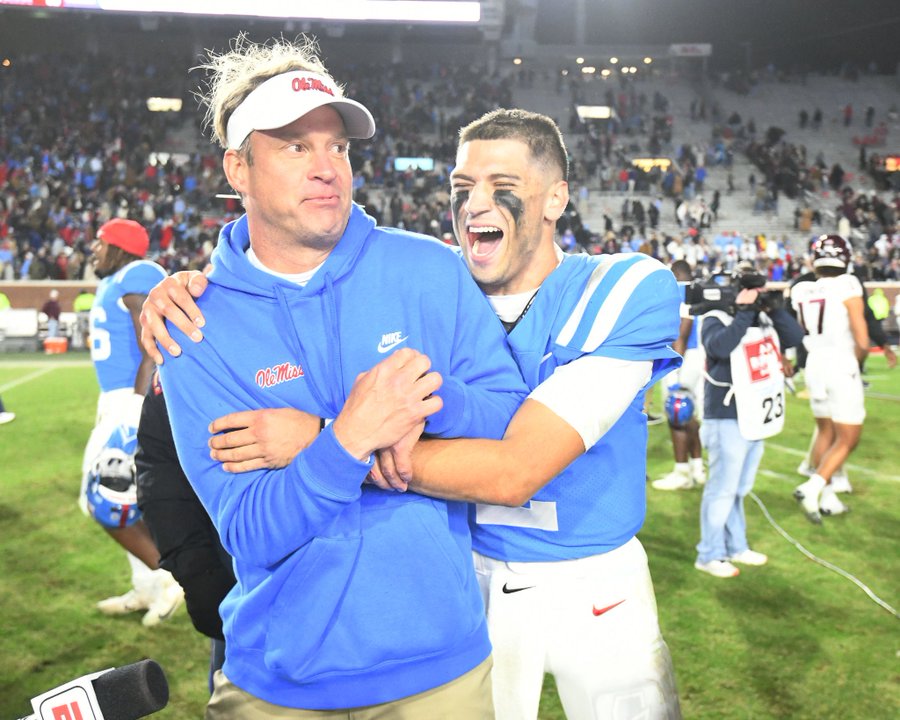 Kiffin has shed 30 pounds by increasing his workouts and cutting off bread, alcohol, and red meat from his diet to some extent (if not entirely). According to Low, he followed a “strict diet” while also doing Pilates, yoga, and running. He also goes to Pure Barre on a regular basis and is constantly sweating.

Throughout his weight-loss journey, Kiffin has enjoyed calling out his quarterbacks (and opponents) to check where they are in their fitness routines.

After putting in serious work to get in shape, Kiffin now looks absolutely jacked and healthier than ever. He’s tipped the scales at around 210 pounds, down from 245.

When you establish self-accountability, you’re naturally empowering and encouraging everyone around you.

Kiffin enlisted the help of his fellow coaches, and his staff hosted a $200-per-person, winner-take-all weight-loss tournament. In his team, he’s starting a movement where people are inspired by his accountability.

@Lane_Kiffin good job on the weight loss! PS big fan of yours. Was hoping Tennessee would pick you up. Would have been an incredible story and I think you give a lot of people a lot to think about when it comes to growth and maturity.

The experience was enjoyable for the returning players. The team’s motivation was boosted, according to starting quarterback Matt Corral.

“We really saw his weight change. He dropped a lot of weight since January, and as players and seeing him go through that process, it just makes us more disciplined and helps us buy into the values and principles of the organization.”

In Kiffin’s new system of accountability, the entire coaching staff is now responsible. He took a bunch of assistant coaches to have their BMIs measured, including offensive coordinator/quarterback coach Jeff Lebby. According to the findings, Lebby needs to lose 88 pounds to get an optimum BMI.