Kym Whitley, a stand-up comedian, has joined the ranks of celebrities who have boldly flaunted their significant weight loss. During the COVID pandemic, the “Young & Hungry” star dropped 25 pounds.

Kym Whitley is most recognized for her performances in the sitcoms ‘Animal Practice,’ ‘The Boondocks,’ ‘Young & Hungry,’ and ‘The Parkers,’ among others. For her portrayal as ‘Ormandy’ in the 2003 comedy film ‘Deliver Us From Eva,’ the American actress was nominated for a 2004 BET Comedy Award for Outstanding Supporting Actress in a Box Office Movie.’

Tired of feeling run down and diagnosed as prediabetic, the Young & Hungry actress took her health into her own hands while the country was shut down due to the coronavirus outbreak.

In March 2020, Whitley joined Weight Watchers and pushed her female friends to do the same. Fast forward to five months, Whitley claimed that she had already lost about 25 pounds.

Grab all the details about how the comedian managed to shed 25 pounds.

The “Animal Practice” star revealed her significant weight loss in an Instagram post on August 9, 2020, that showed her before and after photos. In a tight-fitting green gown, the 60-year-old flaunted her small waist and flat tummy while placing her hands on her slender midsection. 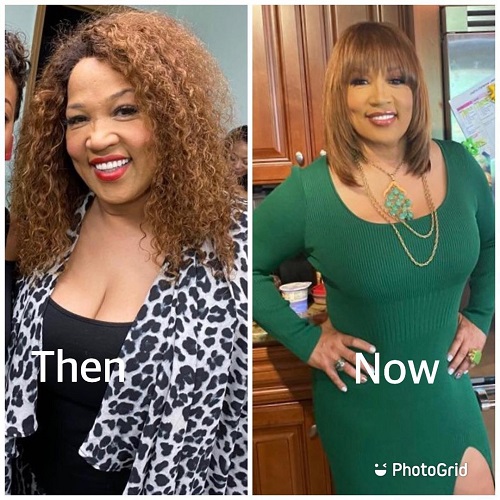 Kym Whitley before and after weight loss. Photo credit: Instagram/kymwhitley

Whitley noted in the caption that she started the Weight Watchers program and has already shed 25 pounds of her 40-pound target in just five months. She bragged about how at ease she was in her attire, writing:

“I am so thankful to my Posse and my @ww coaches! The most exciting thing is I don’t HAVE to wear a Spanx all the time!!”

As of December 2021, Whitley still follows the WW program, and she has likely surpassed her 40-pound target as her recent photos show a slimmer figure than she had last year. 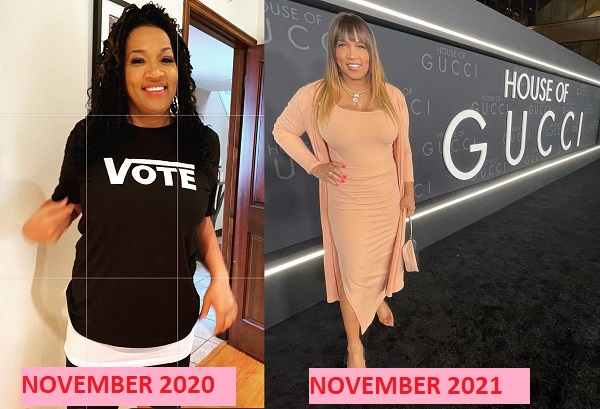 Kym Whitley Struggled with Weight all Her Life

Whitley appears to be a joyful person as she is often seen flaunting her million-watt smile and interacting with admirers on social media. However, the comedian claimed that the weight problems she was having in private were not amusing.

“I’ve always struggled with my weight. This has been a part of my life my whole life, even when I was thin. Mentally I thought I was big. It’s hard even when you lose some of the weight, because I still feel like the big girl. 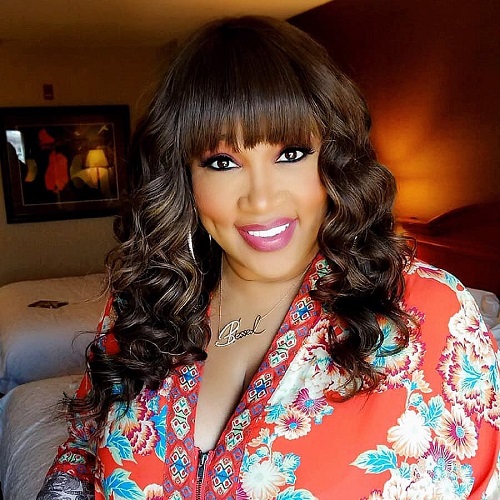 “You can look at yourself, but when you walk away from the mirror, you’ve been in the body so long that you still feel like the chubby person.”

The Twenties actress had lost weight in the past as well, but she admitted that unhealthy habits would lead her back to where she started. She didn’t know she wanted to try anything different until she witnessed Tamela Mann, a WW ambassador, have so much success with the program.

Whitley made incredible progress in just five months, achieving more than half of her objective. As a result, it was no surprise when she was chosen the newest Weight Watchers ambassador in May 2020.

The comedian broke the news with a touching video of her and her son Joshua playing football and preparing healthy food. She revealed her motivation for the lifestyle change in the post, writing:

“In this season, I realize more than ever I’ve got to get healthier, so I decided to join WW. I want to see Joshua grow up, and living with high blood pressure is real, especially in our community.”

Whitley enjoys being a mother to Joshua more than making people laugh and gracing TV screens. She adopted her son in 2011 after receiving a call from the hospital informing her that a woman she had mentored had chosen her as the guardian.