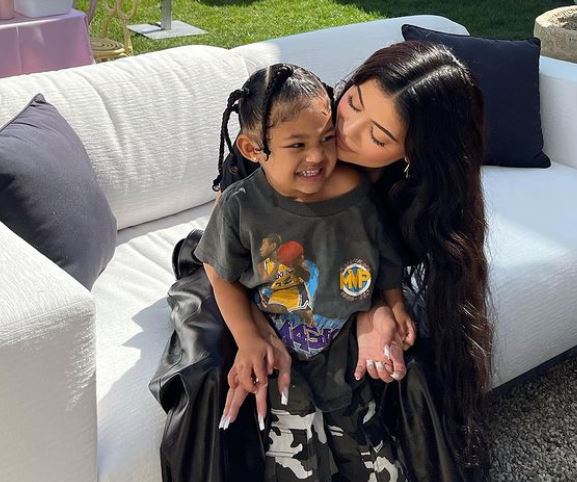 It’s official – Travis Scott and Kylie Jenner are the parents of two!

Kylie took it to her IG and announced the birth of her second child on Feb 6th, Sunday, sharing a black and white photo captioned, ‘💙 2/2/22.’ 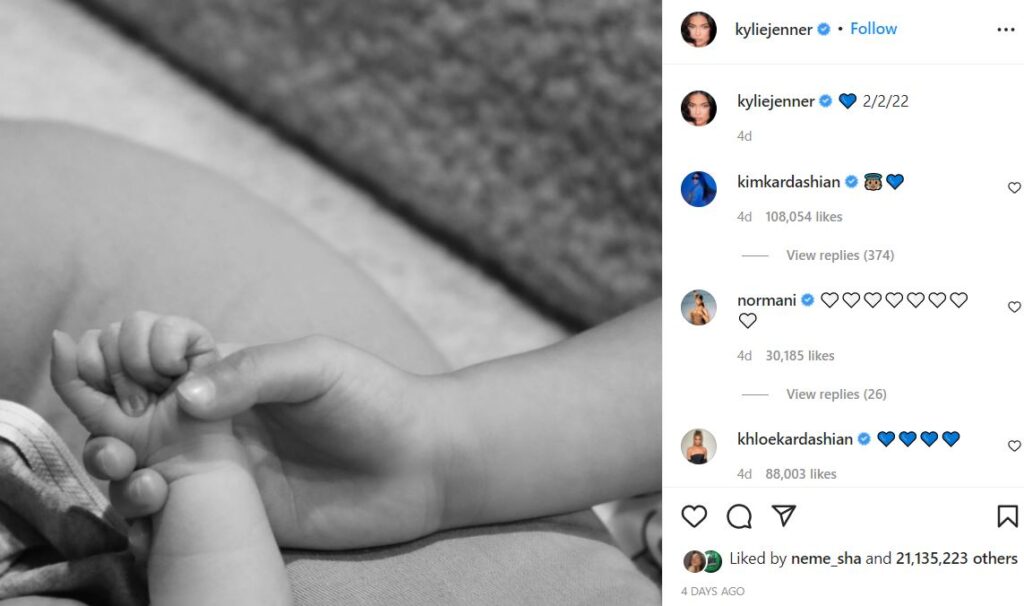 While the pair has yet to announce Stormi’s little brother’s name, fans haven’t stopped creating theories about the little one’s name. Here are some netizens’ thoughts.

A TikToker, Mrs. Chalamet, who goes by the username @free_sample98, believes that the little one’s name is Angel, and her video on this theory has gone viral with over 56,000 likes and 1.5 million views.

#greenscreen @kyliejenner can you confirm or deny 👼🏻

This short video shows lots of things, like the comments, and also some photos. Those photos from Kylie’s Insta with similar angel motifs. One photo shows the embroidered words, ‘Angel Baby,’ on her decorations.

In this video, Chamalet pointed out that Kylie’s family and closest friends have all congratulated her to the comment section, and all with relatable posts.

Fans’ Conflict Over the Theory

Not every Kardashians fan subscribes to the ‘Angel’ theory. Jess the Reporter, @jessthereporter, has developed another theory, which is a bit more realistic.

Fo you agree with my theory??? #kyliejenner #stormiwebster #kardashians

She also mentioned the Insta photo below and said that Kylie used to refer to Stormi in a similar way before.

The photo was captioned, ‘my angel baby is 1 month old today.’ 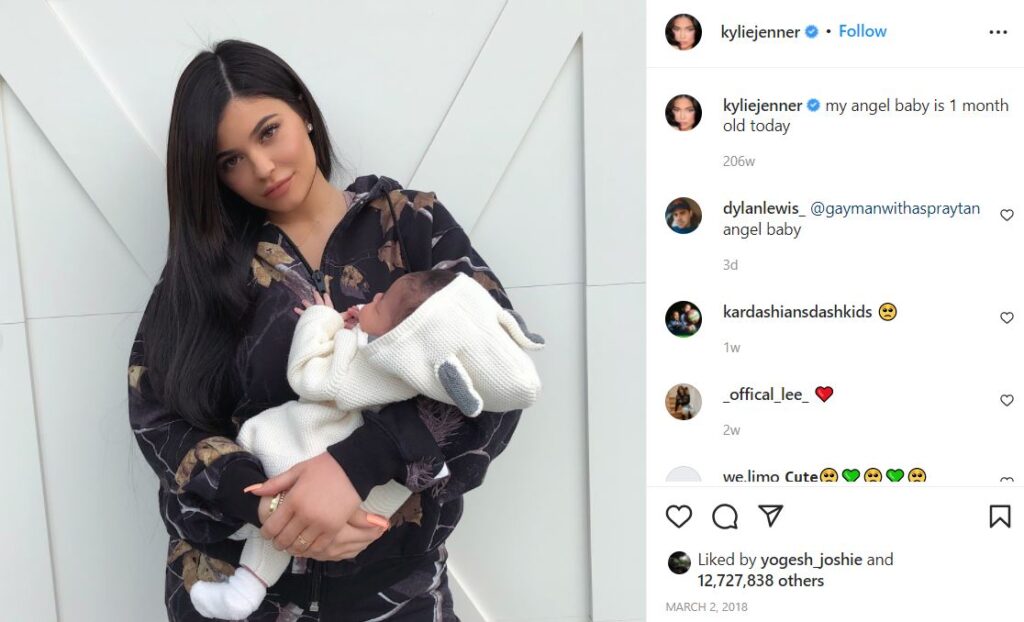 Jess also said that the embroidered stuff had a pink theme, so, the second child might be a girl, Ahem!

Moreover, she also argues that Kylie would never call her second baby something that she called her first baby.

We mean, come on, if they don’t wear the same outfits twice, we highly doubt they would reuse names!

What Comes After Storm is Rainbow?

Here goes yet another theory. Some people have been speculating that Kylie and Travis might name their son ‘Rainbow.’ Their first child, Stormi, was born four years one day prior, and maybe, people are going by the saying, ‘After the Storm, comes the Rainbow.’

what if @KylieJenner name your baby “rainbow”? after the storm always comes the rainbow.

One of her fans tweeted,

Kylie, having a massive fan base of 310 million, is certain, that all of her fans are not convinced with these theories and speculations. More of the baby’s name ideas are like Ian, Halo, Cloud, Willie, Sunny, Sky, Star, and more.

Thank God, no one theorized the second baby’s name referring to Kylie’s giraffe-themed baby shower. Make a wild guess, what might people come up with!

Since Kylie and Travis are choosing to keep their ‘angel baby’s name’ a secret, fans will just have to keep looking through her Insta for more hints.

Playing the ‘Angel Baby’ song by Troye Sivan might help😉.