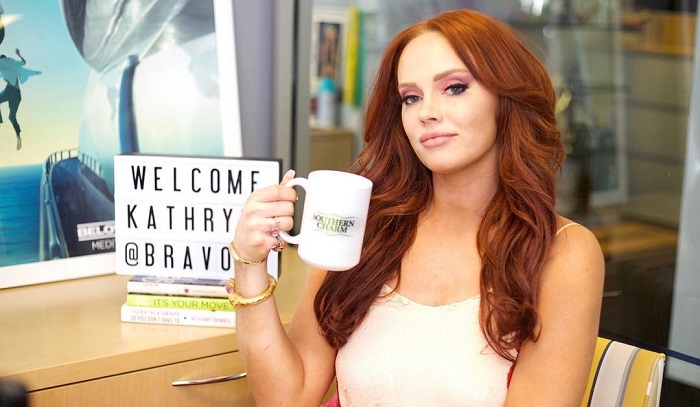 Is Kathryn Dennis of Southern Charm naturally beautiful, or has she had any help? Now is the time to learn about her plastic surgery procedures.

It’s safe to say Kathryn Dennis’ life (and appearance) has altered dramatically since she rose to fame.

When the first season of Southern Charm aired on Bravo in 2014, fans were introduced to Dennis. The 21-year-old Dennis connected with Thomas Ravenel, who is about 30 years her senior, at the time.

Dennis and Ravenel dated on and off during the first three seasons and had two children: daughter Kensie and son Saint. Following their breakup, the twosome’s rocky relationship became even more acrimonious as they fought for custody of their children — and Dennis sought therapy for drug abuse.

Apart from her personal life, Kathryn often makes rounds on the internet for her glamourous look and changes in her appearances. So, did she take the help of plastic surgery to gain a youthful appearance? Let’s find out:

In early 2020, the Southern Charm star debuted a new look on Instagram Stories, providing a sneak preview at her new cheeks before and after fillers. 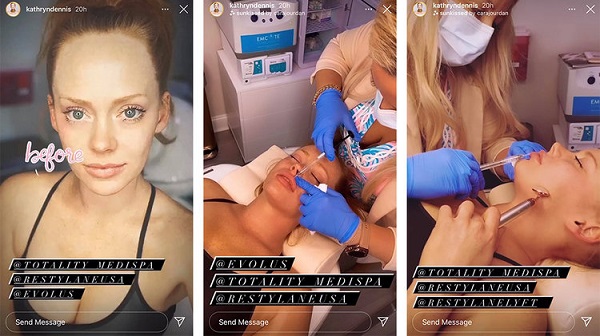 Kathryn’s doctor outlined the kind of look they were aiming for before the procedure. In the Instagram clip, her surgeon said:

“Today, we’re gonna be accenting [Kathryn’s] cheekbones. It looks really pretty in pictures when you have that really angular shape of your cheekbones. That Kate Moss 1990s model [look] that was so popular back in the day — we’re going to try to replicate that.”

Kathryn also received a lip treatment and shared a glimpse at the needle-heavy process. In addition to Restylane filler injections to perk up her pout, she also had Jeuveau (aka “Newtox”), a novel alternative to Botox used to smooth the look of moderate to severe wrinkles. The injectable filler is frequently used to treat frown lines and wrinkles on the forehead.

As Kathryn has never been coy about her beauty treatments and procedure, she also shared before and after photos from her CoolSculpting sessions. 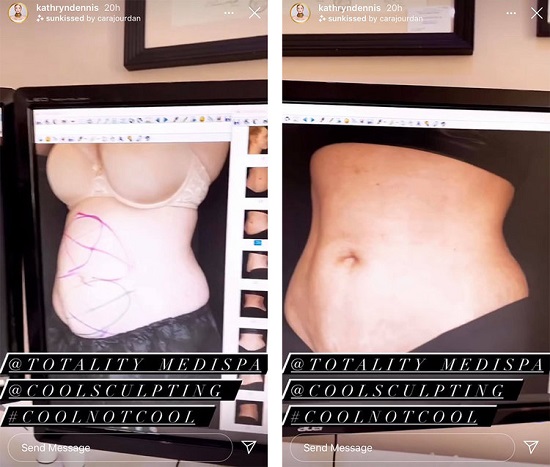 CoolSculpting works by freezing fat in treated parts of the body, such as the torso and stomach. In the case of Kathryn, she used the procedure to freeze the fat of her stomach.

On 20 January 2021, Kathryn shared a selfie of herself on Instagram wearing hot pink gym gear. Many people remarked on how different she appeared, particularly her face.

“What happened to your face?? This doesn’t even look like you.”

Kathryn was also chastised by a fan for over-editing the picture, who wrote:

“This picture is so clearly over-edited it doesn’t look like your head belongs on your body.”

Along with criticism of her new look, the Southern Charm star also received support from her fans.

One fan defender her, saying:

“You look amazing, healthy and happy!”

Chelsea Shea, Kathryn’s makeup artist and hairstylist, revealed some of her beauty secrets in an interview with Bravo. Since Season 4 of the series, Shea has been getting Kathryn and the rest of the Southern Charm group ready and glam for their confessional shots.

According to Shea, Kathryn always desires something bold and different while on the show. While referring to some of Kathryn’s favorite cosmetics, Shea remarked: 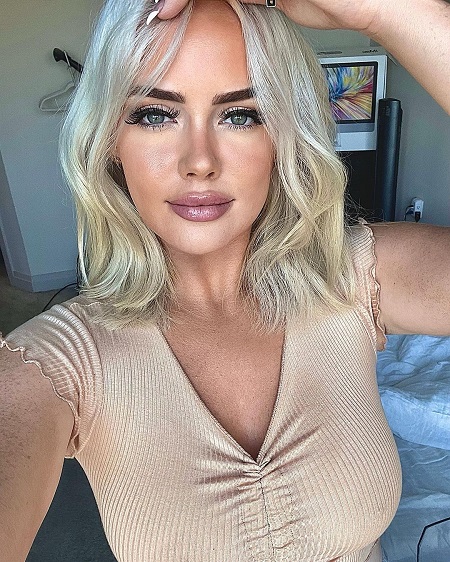 Shea also shared some of the secrets of Dennis’ hair, including the long haircut she wore during her Season 7 confessionals. She told Bravo:

“In her most recent interview look, Kathryn has short hair and it looks really good — but the reason why we did the short hair is because [her daughter], Kensie, ended up cutting her hair.”

“So, we didn’t have time to put in new extensions so we just rolled with what she had.”