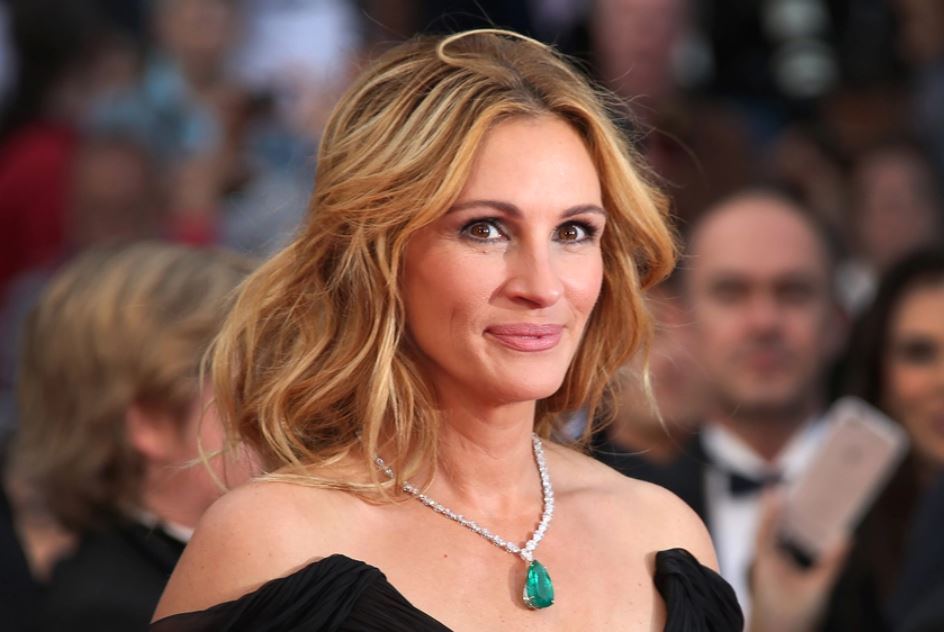 You may already know that Julia Roberts has been married for the past two decades. But what you may not be aware of is that the Runway Bride actress has had a rather, well, dramatic dating history.

Julia Roberts has been in the spotlight due to the romantic company she kept since she made her debut in Hollywood as a teenager. From being described as a real-life runaway bride from her own wedding to rumors accusing her of having an affair with a married man, the 54-year-old actress has spent most of her life in the public eye.

Here is everything you need to know about Julia Roberts’ married life with her husband, along with her past dating history and ex-boyfriends.

At the age of 19, Roberts featured in one of her first films, Satisfaction, opposite actor Liam Neeson. 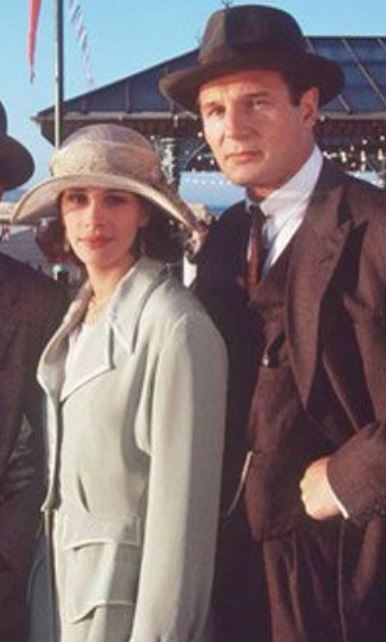 While the film was a flop, there was a silver lining in the form of an unexpected romance between Neeson and Roberts. Neeson was 35 at the time, resulting in a 16-year age gap between the two.

Apparently, the couple dated for a while and even moved in together while residing in Venice, California. As we all know, Neeson and Roberts called it quits on their relationship, but it’s still unknown when and why the pair split. 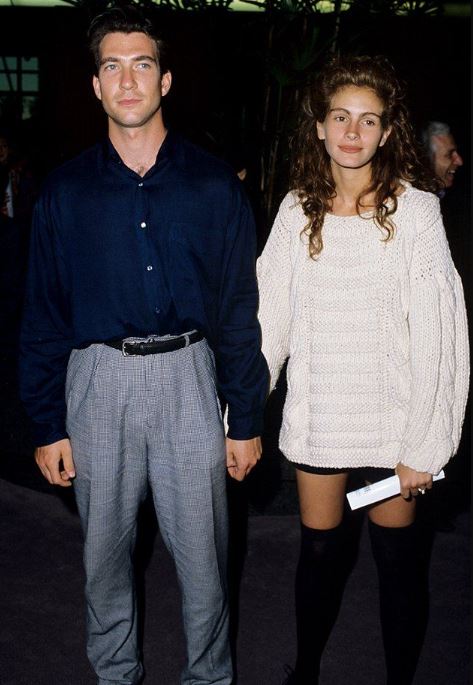 While filming Steel Magnolias in 1988, Julia Roberts worked closely with her onscreen husband, Dylan McDermott, and the pair began dating by May 1988. The two kept their relationships under the wraps but dated for nearly two years. Though the couple was allegedly engaged at one point, Roberts ended their romance in 1990 before saying “I do.”

After splitting from McDermott, Roberts started a relationship with her Flatliners co-star Kiefer Sutherland. at the time, Sutherland was newly divorced from actress Camelia Kath and Roberts had recently broken off a short-lived engagement. 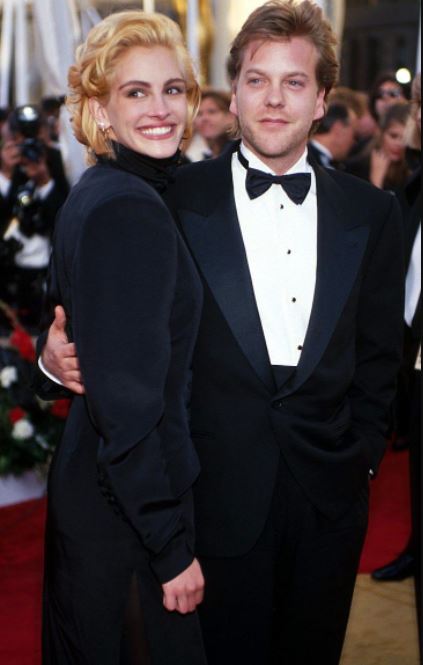 The pair were set to marry on 20th Century Fox’s Soundstage 14. However, a few days before their nuptials were set to take place, a publicist for each of the couples released a joint statement announcing the cancellation of the wedding. Later, the Pretty Woman actress revealed that they separated after acknowledging that their relationship wasn’t right for either of them.

According to People, Roberts began dating country music star Lyle Lovett in June 1993 after they worked together in Robert Altman’s 1992 film The Player.  After dating for merely three weeks, the two decided to get hitched in a small Indiana town. 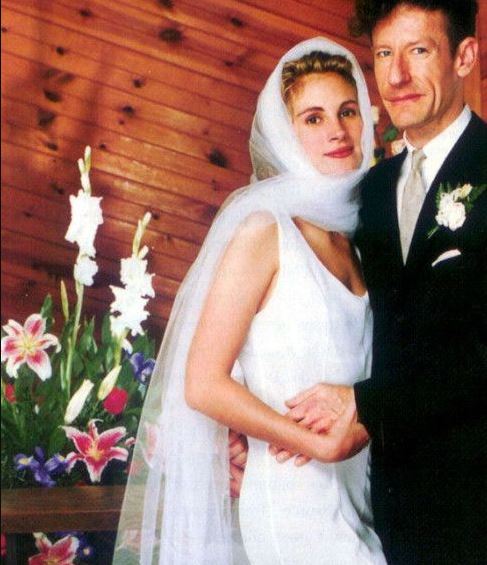 Julia Roberts and Lyle Lovett were married for two years from 1993 to 1995. Photo credit: PINTEREST

The couple had a classic church wedding, where Roberts walked down the aisle barefoot in a white Commes des Garcons gown and a tulle scarf.

Sadly, after nearly two years together, Roberts and Lovett announced their separation in 1995, releasing a joint statement that read:

“We remain close and in great support of one another.”

Two years after the divorce from Lyle Lovett, Roberts met Miss Congeniality star Benjamin Bratt in a restaurant in Manhattan, New York City. From then on, the two became famous for being frequently spotted at New York City hotspots. 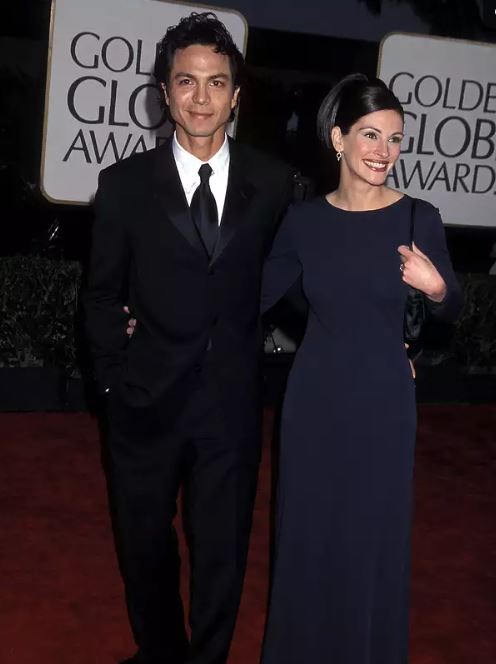 Though the pair managed to balance their private and public love life at first, they couldn’t do it for long. Hence, their relationship come to a close after almost four years together in June 2001.

After splitting from Bratt, Roberts finally found the love of her life. In 2000, she met cinematographer Danny Moder, birth name Daniel Richard Moder, on the set of the film The Mexican and the two instantly hit it off. However, Moder was married to makeup artist Vera Steimberg at the time. 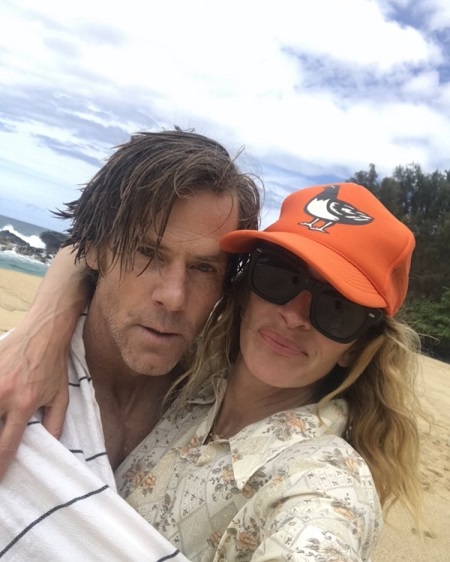 In November 2004, Julia Roberts and her husband, Danny Moder, welcomed twins, Phinnaeus and Hazel. Three years later, they had their third child, son Henry, in June 2007. 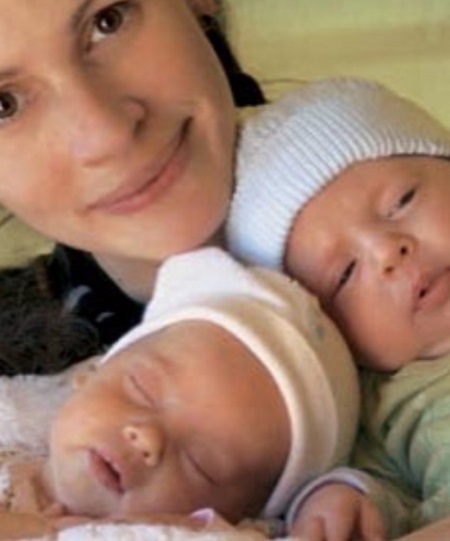 It has nearly been 20 years since the couple got married, and thankfully, their relationship is stronger than ever. So, we can say, despite having tumultuous dating history, Roberts found her happily ever after.