Jodie Sweetin Weight Loss: How She Lost Nearly 37 Pounds During The Pandemic? 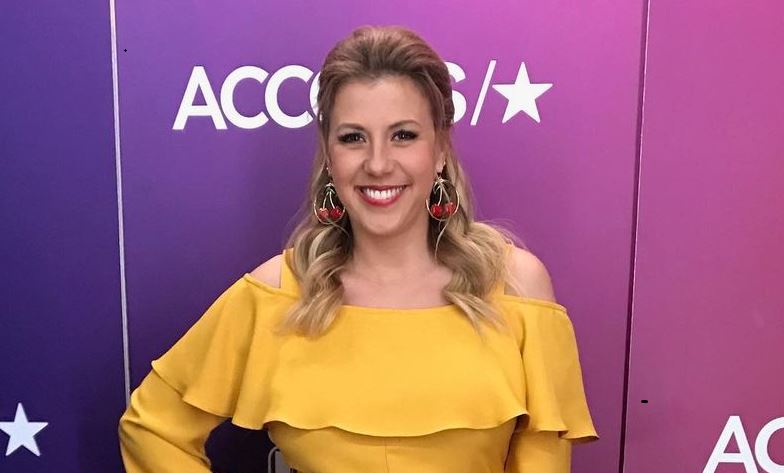 Full House star Jodie Sweetin recently opened up about losing 37-pound weight during the COVID pandemic. Grab all the details about how she achieved such a feat.

After the TGIF staple was canceled in 1995, despite being a top 25 show at the time, Sweetin landed a real-life role that cast her against the type: battling an addiction to crystal meth. She struggled with severe anxiety and depression throughout her youth, and the recent COVID-19 pandemic took quite a toll on her mental health.

However, she lost nearly 37 pounds during the pandemic. And, she recently opened up about her weight loss on the Allison Interviews podcast.

Here’s what you need to know about Jodie Sweetin’s weight loss.

Jodie Sweetin Opens Up About Her Weight Loss

On the Allison Interviews podcast, Sweetin talked about her nearly 37 pounds weight loss, which happened during the lockdown.

The Full House actress revealed that she was a complete mess during the pandemic and admitted to not being a fully functioning person. She described herself as ‘a stress starver, and not in a good way.’

Jodie Sweetin before and after weight loss during the pandemic. Photo credit: articlemix.com

“I was not a fully functioning person. I lost like 37 lbs. during [quarantine], because I’m a stress starver, and not in a good way. I just stopped eating. I couldn’t keep food down.”

The actress went on to add that the pandemic had a partial impact on her because it worsened her pre-existing problems. She shared:

‘I’ll be really honest about it; the pandemic was not good for me. I have severe anxiety and depression anyway, so it really didn’t do any favors for my mental health. I really struggled with it and, for me, it was a time of feeling really out of control.’

In January 2021, The Love Under the Rainbow actress sat down to talk on Alec Mapa: Hot Mess With Matthew Dempsey Psychotherapist about her anxiety and food control issues.

The actress talked about how stress and anxiety had an impact on her eating habits, which have gotten worse since the outbreak began. She explained:

“It’s funny, of course as I posted all these pictures after I lost all this weight through stress and ‘Oh you look great!’… Yeah, it didn’t come about in a super healthy way but I’m not a stress eater, I’m a stress starver.”

‘So when there’s anxiety or stress going on or chaos or whatever, I completely lose my appetite and I’m so out of touch with what my own body needs because I’m just in this hyper state of anxiety and alert.’

The mother of two claimed that she had planned to lose 10 pounds after the pandemic as she had stopped working out and gained weight. 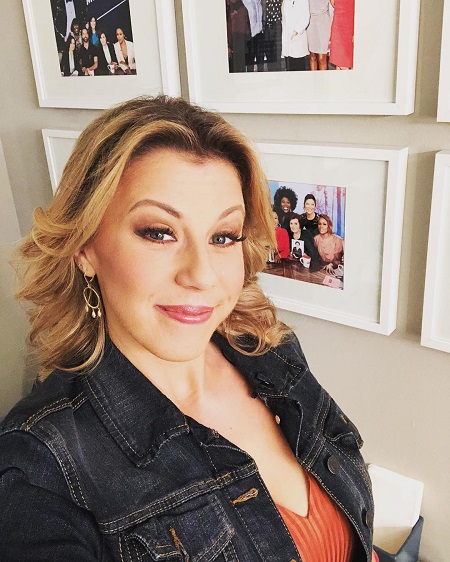 ‘So I kind of wanted to lose weight but when the pandemic started, that was not a thought at all.’

The former child star revealed she was completely nauseous during the pandemic and didn’t want food as it was ‘disgusting.’ She said:

“The sight of food, the smell of food, pictures of food made me sick, and I was getting sick a lot.’

In conclusion, Sweetin lost nearly 37 pounds, not because of a proper meal plan and exercise regimen, but it’s the effect of her loss of appetite.

Many fans could have speculated that Sweetin underwent weight loss surgery to lose 37 pounds, but she hasn’t gone under the knife for weight loss.

Previously,  fans speculated that Sweetin got breast implants since they appear bigger than before.