Jenna Bush Hager is an American journalist, author, and news presenter. Presently, she is the co-host of Today with Hoda & Jenna, NBC’s morning news show. Hager and her twin sister, Barbara, are the children of former First Lady Laura Bush and 43rd President George W. Bush.

Kotb complimented Hager on her appearance during a segment discussing New Year’s resolutions, noting that people had been writing in to tell her how good she looked.

“People have noticed that there’s like a transformation that’s been happening with you. You are – they are just saying ‘Jen is looking amazing, she’s never looked this good.’”

“Something is happening. I think for someone like you and me who is constantly berating and belittling, I think one of the things we should do in January is celebrate when something good happens. Celebrate it!” 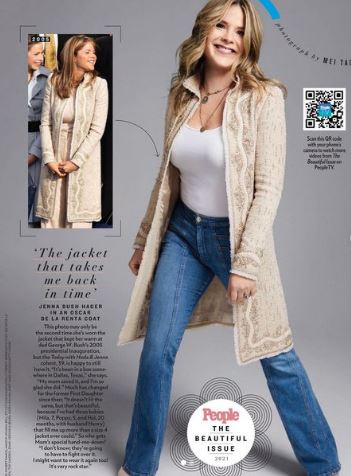 “I will say I think I have figured out what works for me. And I think the hard thing is I think we expect things to happen overnight. This has actually been over six months.”

When asked what she’s been up to, the mother of three said her toned figure was owed to her arduous early-morning exercises with her personal trainer.

“The difference is I wake up before the show and I work out. And I really work out. I work out with an awesome woman named Amanda. Donna joins me sometimes.”

“Donna is a great inspiration. She gets up at the crack of dawn and meets me. We have another friend that comes too, sometimes.”

The host also stated that she has altered her mindset and is no longer harsh on herself.

On Nov. 18, 2019, the hosts began their first day of intermittent fasting with a daring move: they walked onto the scales to see how much they weighed on live TV.

To clear things in the air, Hager and Kotb weren’t entirely focused on weight loss. Hager stated that the two were doing it “to be healthy.” However, several types of intermittent fasting have been shown to aid weight reduction. So, to keep track of their progress, they weighed themselves. 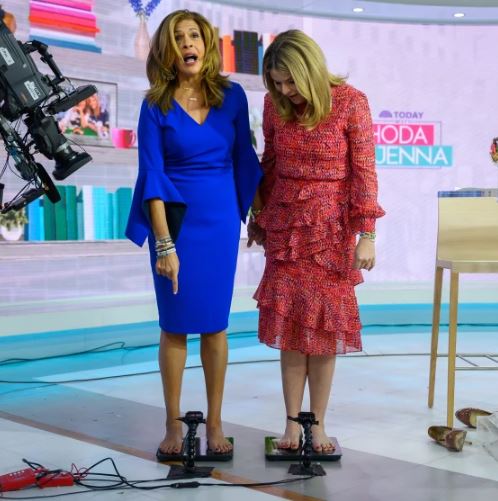 After the weigh-in, the two met with Dr. Natalie Azar to learn more about how to fast effectively.