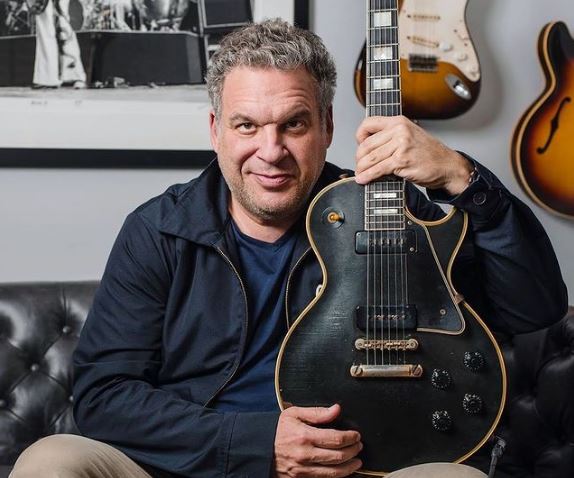 When Season 9 of The Goldbergs aired, fans were shocked to learn that Jeff Garlin had recently undergone a dramatic weight loss transformation. One of the fans even tweeted, ‘Murray is so skinny now wow.’

Jeffrey Garlin is an actor and stand-up comedian from the United States. Murray Goldberg, the father of the namesake family in the ABC comedy ‘The Goldbergs,’ and Jeff Greene on HBO’s ‘Curb Your Enthusiasm’ are two of his most prominent roles.

Jeff Garlin has battled food addiction for a long time. His continual need to eat kept him from living a healthy lifestyle, and his weight problems were severe.

“It’s so strange compared to the other addictions like cocaine, alcohol, what have you, because you don’t have to have those to function. You think you do but you don’t. Whereas food, I have to keep myself nourished. So every day you’re faced with these choices and they’re quite difficult.”

Garlin has previously stated that he was getting serious about losing weight. Unfortunately, the comedian’s weight loss journey was stagnant for a long period.

In his memoir ‘My Footprint: Carrying the Weight of the World,’ the comedian opened about his weight reduction issues.

How Did Jeff Garlin Lose Weight?

Garlin had been struggling to maintain his weight, but after being involved in a vehicle accident, he gained even more weight. As a result of his stress, the comedian’s food addiction and emotional eating became worse.

The 59-year-old quickly gained weight due to the medicine he was taking at the time, eventually reaching 320 pounds and suffering a stroke.

Even after the stroke, he didn’t commit to making his health a top priority.

It wasn’t until a Living XL catalog tried to sell him stuff that he became serious about losing weight.

“The premise of the catalog is, it says unique innovative products for tall and plus-size men and women. What it really is, is a catalog that helps you stay fat. Like, if you don’t have a chair that can hold you, we’ve got the chair. A thousand-pound capacity.”

Garlin was pushed to the limit by the catalog, which forced him to lose weight. And to do so, he didn’t go on a diet; instead, he quit consuming sweets. His weight loss quest was also aided by his ability to avoid eating when he became emotional.

“I’m learning from a master who is filled with joy,” Jeff adds in his caption. From the post, it was clear that Jeff has taken up martial arts.

Martial arts is one of the finest training regimes for losing weight, according to Get Into Martial Arts.

“From a scientific perspective, martial arts are effective for weight loss because they are not only cardio activities, but they also include bodyweight exercises that help you burn further calories.”