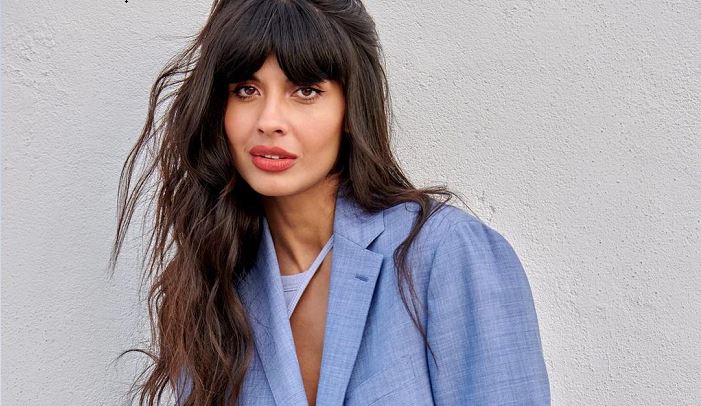 Jameela Jamil isn’t afraid to talk about the correlation between weight and body image. The actress started her own body-positive Instagram account, took down a body-shaming Kardashian meme, and revealed the reality about how celebrities get “Oscars-ready.”

Jamil has always been open about her own body image and health issues. Back in 2018, she revealed that she gained 70 pounds weight because of an unidentified illness.

Along with her weight gain, Jamil has always been candid about her weight loss obsession, insecurities, and her body positivity movement. Continue reading to learn more in detail!

Jameela Jamil Gained 70 Pounds Due to an Illness

In 2018, Jamil tweeted two photos of her body during the weight gain. She announced that she gained almost 70 pounds, caused by an invisible illness.

In the same post, she also shared that the weight gain prompted her to start a plus-size clothing line. She launched Size-Inclusive Clothing Line in collaboration with Simply Be in 2015.

Jamil later revealed that she eventually lost weight after going off steroids for asthma.

In 2019, Jamil described her previous obsession with her body weight as a “horrifying waste of happiness.”

The British DJ was obsessed with losing weight to the point where she weighed herself every day until 2018, and her mood was influenced by the numbers on the scales. 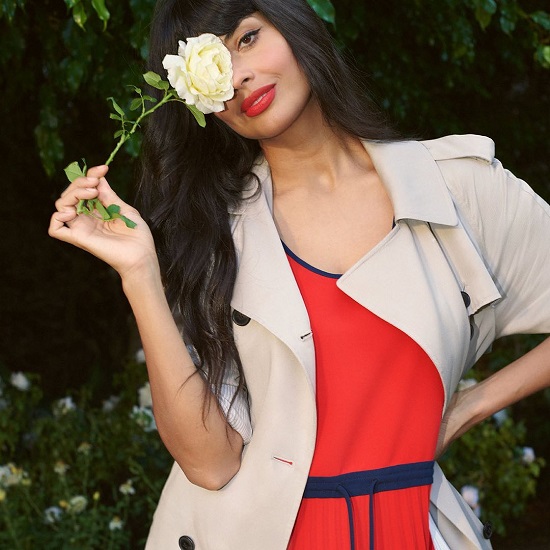 After struggling with an eating disorder, the 35-year-old has called for an end to the demands placed on young females that lead to insecurity. She told Stylist magazine:

“That’s 21 fucking years of waking up every morning and my entire mood for the day being determined by the number on a stupid little machine in my bathroom.”

Jameela Jamil Had Insecurities About Her “Body Weight”

Jamil had insecurities about her body weight from an early age. Her insecurities started when she was publicly weighed in school and discovered to be the heaviest in her class. Her parents were not supportive at home, although they did put her on a crash diet to help her lose weight.

Her obsession grew more intense during her teenage years, resulting in serious weight loss, bedsores, a weakening heart, and thyroid issues. She said:

“People have made me look white in so many of the magazines and campaigns I’ve shot for… it hurts my feelings.”

Jameela Jamil says cultural pressures to look a certain way led to an eating disorder in her teens, in the latest Ways to Change the World podcast. pic.twitter.com/umHrXTzcQA

Jamil, who became an #AerieReal role model in 2019, believes that the pressure on young girls to look thinner started long before social media.

“Diet culture was on an aggressive rampage, using fat-shaming, Photoshop and erasure of all curves to pressure us into buying dodgy quick-fix slimming products. This all fucked me up as a young person – and I didn’t grow up with social media.”

Jamil has had dragged celebrities like the Kardashians, Cardi B, and Amber Rose for promoting unhealthy weight-loss products to their followers.

Jamil started the “iWeigh” campaign on Instagram to counteract such promotion of negative body image. The movement highlights women revealing how they truly estimate their value. 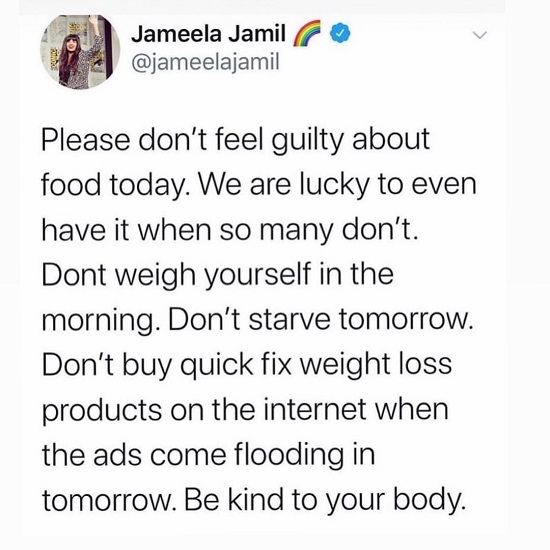 According to CNN, Instagram conferred with Jamil on its restrictions on weight-loss ads as a result of her dedication to the issue. In 2019, changes were made to the Instagram policy to prohibit advertising for weight loss products and cosmetic procedures on the feeds of users under the age of 18.