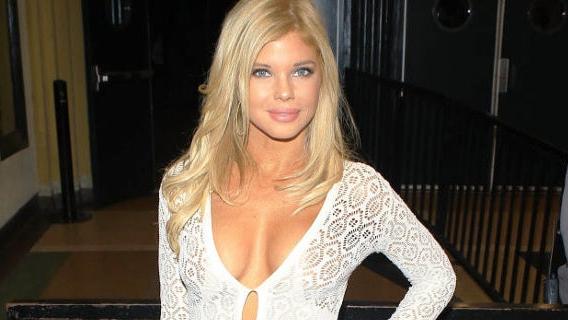 Nowadays, celebrities often divulge how and why they undergo several plastic surgeries. It’s not a taboo anymore. Who wouldn’t love to boost their self-esteem and walk the front instead of searching back doors? Everyone desires to behold their beauty as the old school times-it is not exactly rocket science. 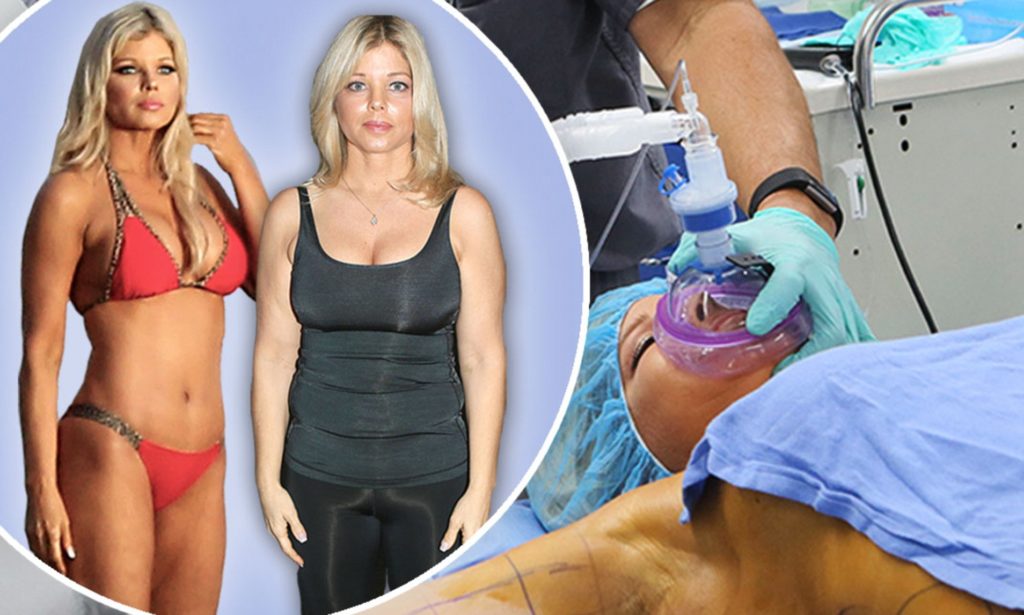 Donna D’Errico endured extensive and grueling cosmetic surgery that almost took five hours. Nikki Sixx’s ex-wife held some pounds after pregnancy. She lost the weight but couldn’t get rid of excess skin on upper arms and stomach from giving birth to two kids. So, she booked an appointment for Dr. Michael K. Obeng, visited him, and went for a five-hour-long medical intervention. She didn’t hesitate to share the graphic and gory surgery snaps where surgeons can be seen working on her excess skin.

A mother of two kids- Rhyan D’Errico and Frankie-Jean Sixx was still uncomfortable on her skin due to post-partum weight retention. So, she thought of cosmetic surgery to beat down the excess fat. Let’s have a look at before and after plastic surgery photographs of Donna D’Errico. 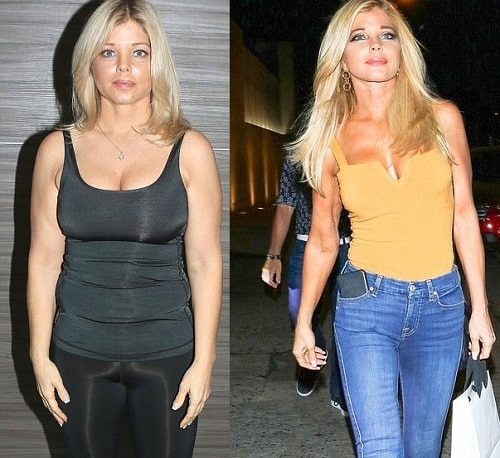 Donna D’Errico before (left) and after (right) the plastic surgery Source: Glamour Path

In 2017, the surgeon performed four cosmetic procedures on the actress in just one day. She felt anxious when Dr. Michael K. Obeng outlined incision on arms, stomach, and buttocks, where he mapped to take out the excess fat.

She had an arm lift, liposuction, tummy lift, and buttocks enhancement to revive curvy figure back. In the beginning, the surgeon extracted a surplus of fat from arms and tummy simultaneously. Then she was flipped over to remove excess fat from the backside. Altogether, the doctor released two liters of fat and lipo out of arms and back. In the end, he injected harvested fat into her bottoms so that she could have ‘bubble buttocks’ that most of the women long for.

Was Pain Worth the Gain?

After the surgery, she woke up next to a sick bucket. Initially, she was unwell. So, the team of plastic surgeons stood by her side and checked if everything went well.

Finally, the result of painful surgery was outstanding. She felt confident in the bikini as she used to. Her smile concluded everything when she posed on a red one-piece once again in a photoshoot.

Well, who cares really as long as she is happy on her own skin? Folks are glad that they got to know the insidious story of plastic surgery and how she candidly spoke about it.

In 1996, she married a musician, radio host, and photographer, Niki Sixx. It wasn’t the first marriage of co-founder of the band Mötley Crüe. After four years of wedding, the duo temporarily separated in 2000. The same year, the pair were blessed with their first child- Frankie. Howbeit they rekindled their old-school relationship as he completed sting in rehab. 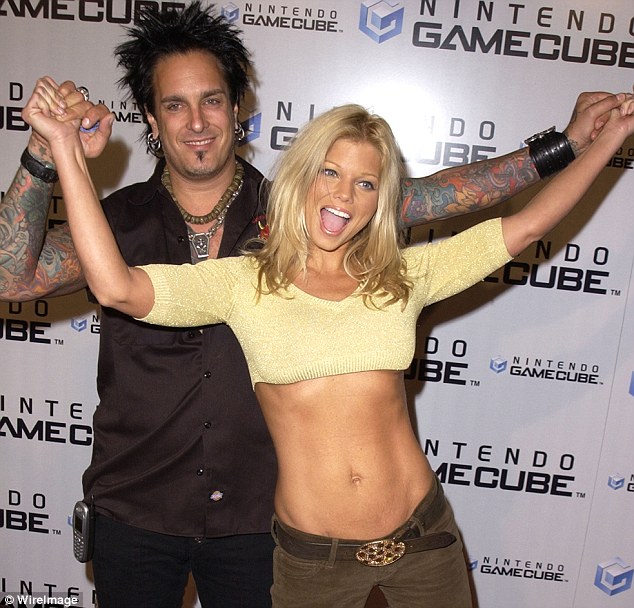 The couple safeguarded their conjugal life and two kids Frankie and Rhyan, till 2006. She filed for divorce despite the reconciliation in 2000. The divorce was finalized in 2007, and they again restructured the agreements after eight years to add child support to their daughter, Frankie.

The rockstar dwells through a blissful marriage with Courtney Sixx, who recently gave birth to baby girl-Ruby Sixx. Similarly, Donna D’Errico was seen in the guest role in Brooklyn Nine-Nine in the past few years.