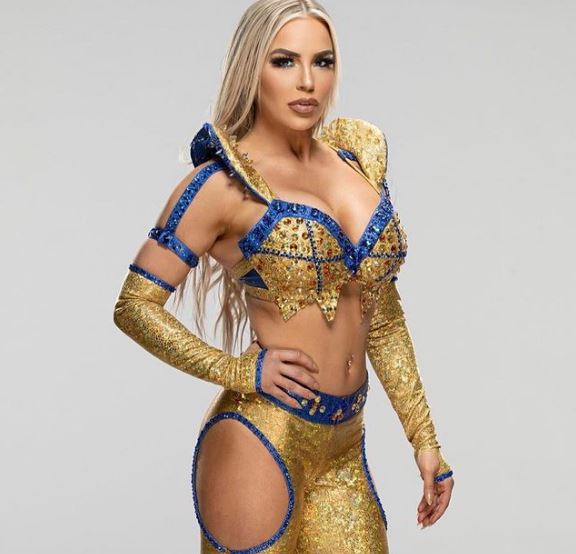 Since joining WWE’s flagship show ‘RAW’ in 2016, Dana Brooke had gained weight. Following that, there were comments on wrestling sites about her physique and weight. She also had to deal with criticisms regarding cosmetic surgery and body-shaming comments.

The professional wrestler has been a gymnastics athlete for nearly 18 years. Following a series of injuries, she turned to bodybuilding, fitness competitions, and eventually wrestling. She is now the reigning ‘24/7 Champion’ for the third time.

How did Dana Brooke Gain Weight?

Brooke had gained weight at one point, which became a subject of discussion in the wrestling industry.

Given that she allegedly had certain medical concerns that were not mentioned, some speculated that her significant weight changes might be linked to a thyroid condition.

Similarly, some of her fans attributed her weight gain to sadness and stress following the death of her partner, Dallas McCarver, on August 22, 2017. 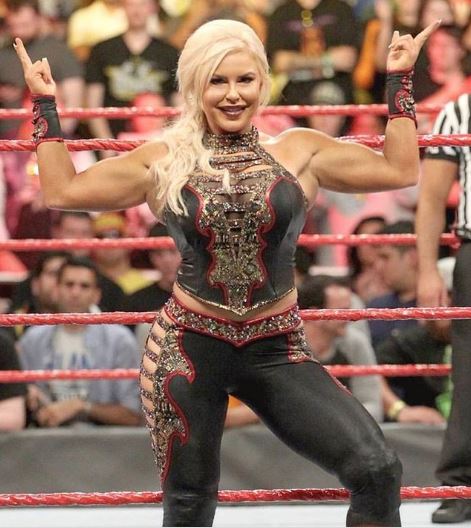 After realizing she had gained weight, she was immediately motivated to reduce it and return to her previous weight.

On September 18, 2018, a Twitterati had noticed something different about Dana Brooke’s appearance.

Has anyone else noticed that @DanaBrookeWWE looks different lately? Nothing bad! Just there is something different… #RAW

Responding to the tweet, the WWE Superstar said she had been attempting to lose weight.

She attempted to do this through dieting; however, it did not help.

In the podcast ‘Chasing Glory’ in 2020, she said that dieting had the opposite effect and that instead of losing weight, she gained weight while abstaining from meals. 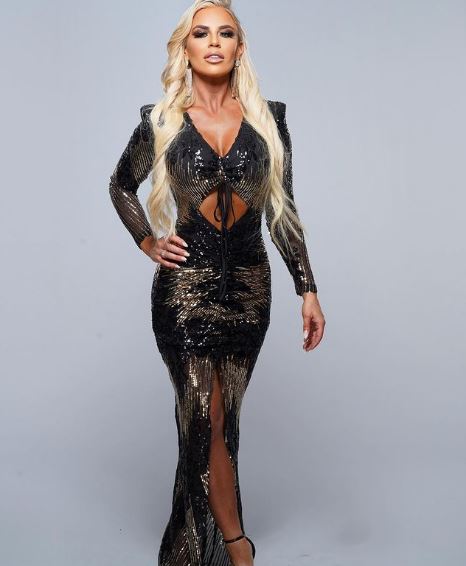 Since that didn’t work, she stopped dieting but continued to exercise. She stated that she had to train all of the time since WWE required it.

“I was thinking about losing weight and dieting, [but] it [had] the reverse effect. I’ve changed my sense of training. Within WWE, training is essential; we always have to train.”

The Ohio native also revealed that her teammate, Mandy Rose, had touched on it, but it had been a long time since she had been concerned about her weight.

Dana Brooke, on the other hand, never revealed the exact numbers she dropped or gained to lose.

In the podcast ‘Chasing Glory’ in 2020, Brooke discussed her weight and its effects on her.

“Obviously, body image to me was a huge problem. But over – I’d say a year-and-a-half to two years – I’ve never been happier,” Dana Brooke said.

The ‘24/7 Champion’ then took it to Instagram with a lengthy post on June 2021 responding to body-shaming comments and cosmetic surgery rumors.

“My biggest Flex is I’m secure within … I don’t listen or let anything affect my state of mind! People wanna guess stuff is about them and come back with some dumb shit – I look different, I’m fat, I’m skinny, I got too much work done, I look better this way or that way!! no nose job, no lips in over 2 years, no facelift. No one needs this Body-shaming that I’ve seen all week long with women! It’s sad!” said Brooke.