Chaney Jones Plastic Surgery – Opted For Other Cosmetic Procedures Other Than BBL? 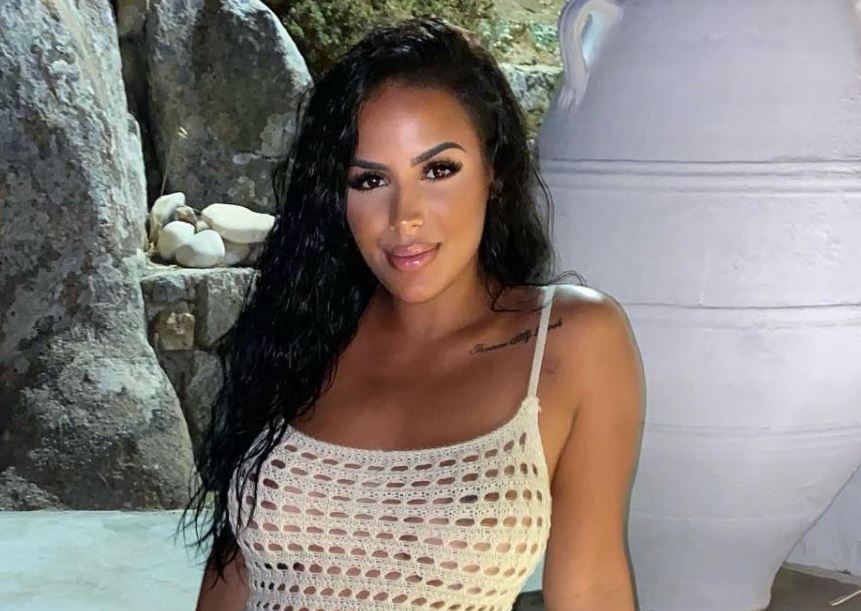 Chaney Jones admits to having a BBL aka Brazilian Butt Lift. Since she resembles Kim Kardashian, Chaney Jones’ plastic surgery has become the subject of curiosity amongst fans.

If you’re a fan of Internet drama, you’ve probably heard of Instagram model Chaney Jones! Jones, who is making news for being Kim Kardashian’s copycat, is receiving all the publicity she needs to be acknowledged.

While being associated with Kanye West is a scorching phenomenon in and of itself, Chaney’s Kim-like appearance is no less! Fans wonder if Chaney Jones underwent the same plastic surgery procedures like that as Kim. Is it all plastic surgery or is Chaney Jones the gifted one? Let’s find out:

Chaney Jones was already living a good life as an influencer, with a verified Instagram account and 474k followers. She is living in the spotlight now that her name has been joined with one of the world’s most influential names! 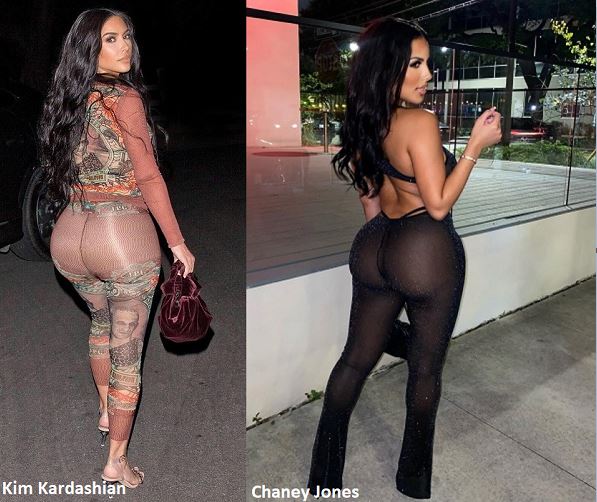 To be more explicit, Chaney Jones’ appearance as Kim’s lookalike and her association with Ye added more spice to the story. Aside from the ongoing love drama, Jones’ appearance has received too much attention recently.

Many people have speculated about Chaney Jones’s plastic surgery because they believe she is attempting to look and act like Kim for her lover. Chaney, on the other hand, disclosed her plastic surgery secrets and other truths about herself in an Instagram story.

Jones is often compared to Kim, from the way she dresses to the way her hair flows down in beautiful black curls like Kim’s, and so the idea of her receiving cosmetic treatments like the Kardashian is on everyone’s radar. 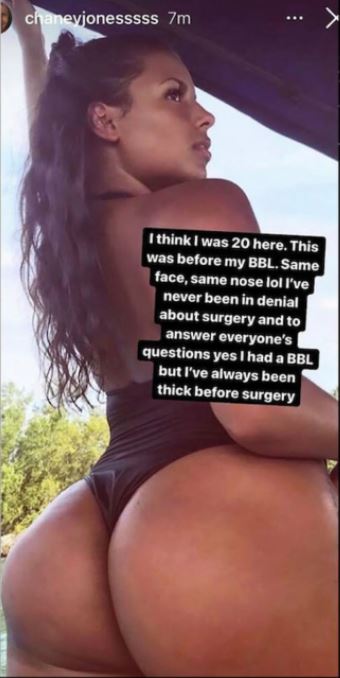 Chaney Jones stated that she did really perform the Brazilian Butt Lift in a brief Instagram story. It is one of the most commonly performed surgeries at the time and is abbreviated as BBL. Enhanced and huge buttocks are trending, from A-list celebs to influencers!

Chaney’s butt-lift appears to be similar to Kim’s. Not only does her lower half resemble Kim’s, but so does her upper torso. Chaney Jones, on the other hand, has denied getting a boob job.

Aside from the butt-lift surgery, Chaney Jones claims she hasn’t had any other surgeries. In response to the claims, Jones shared comparison photos of herself on Instagram and declared:

“Same face, the same nose lol I’ve never been in denial about surgery and to answer everyone’s questions yes I had a BBL [Brazilian Butt Lift] but I’ve always been thick before surgery.” 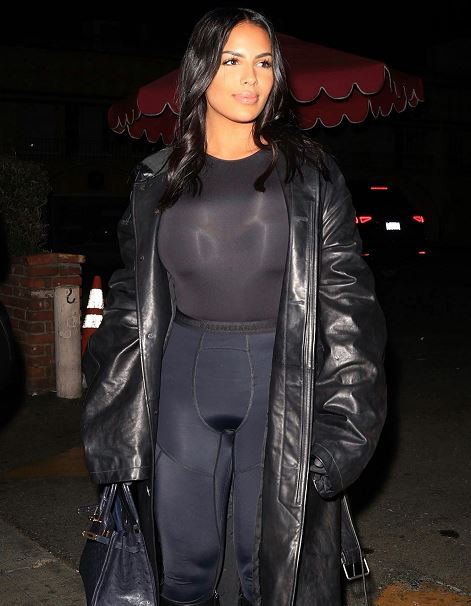 Looking at Chaney’s face in detail and the photo of herself she uploaded on Twitter years ago, she does appear natural. Jones may not have undergone substantial cosmetic surgeries, but she has received adequate upgrades.

When you look closely at Kaney’s new flame’s face, you can see that she uses slight lip filler and botox. Jones was completely honest about what she decided to do, admitting to a single plastic surgery treatment and claiming she has had the face since birth, unlike the one she is compared to!