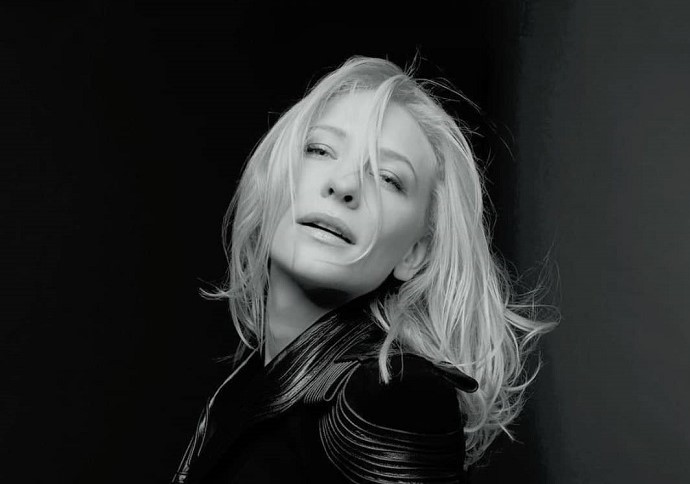 At age 52, Australian actress Cate Blanchett looks better than ever. Has she had the help of plastic surgery to defy aging and look elegant and beautiful?

Cate Blanchett is one of the celebrities who inspire skin envy. At 52, the Australian actress is as well-known for her perfect, radiant complexion as much as she is for her Oscar-winning film roles.

So it’s no wonder that she served as the global ambassador for the prestigious Japanese skincare line SK-II for 15 years before taking on the same role for Giorgio Armani Beauty.

Blanchett’s radiant complexion and graceful beauty have long made her a red-carpet standout, but at the same time, her seamless beauty has sparked speculations about plastic surgery.

So, has Cate Blanchett undergone plastic surgery or any other cosmetic procedures? Let’s find out:

Cate Blanchett’s Look Over The Past Decades

At the “Gift” movie premiere in 2000, Blanchett appeared very natural with her pale white skin sticking out with no makeup. She had a big nose tip and a strong jawline. Her lengthy facial shape helped to balance everything out. 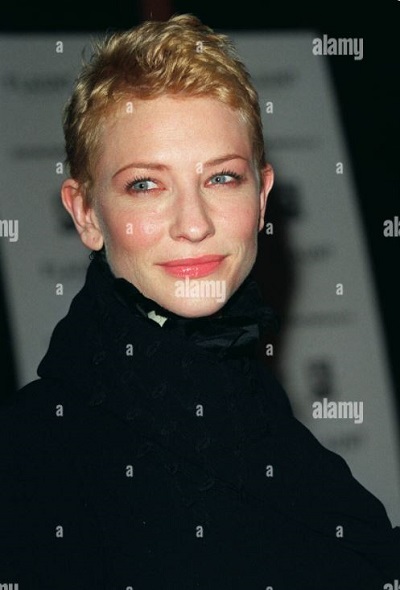 Blanchett was 32 years old in 2001. Because her nose shape was the same as before, having a prominent nose tip did not push her to the rhinoplasties door. 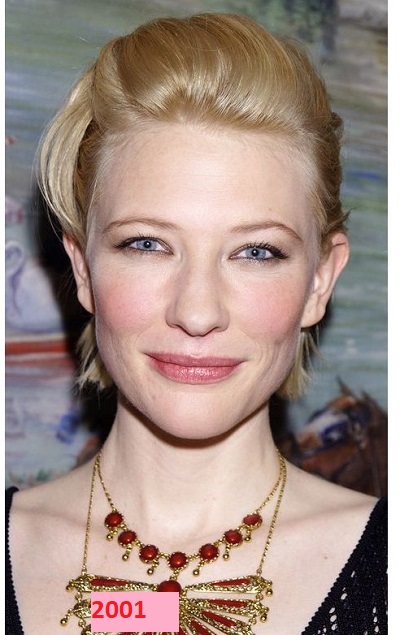 At the UK London Movie Premiere of “Lord Of The Rings: The Two Towers” in 2002, Blanchett posed for a photo with a smile, which showed off her laugh lines. So, she has had no botox to relax the jaw area muscles. 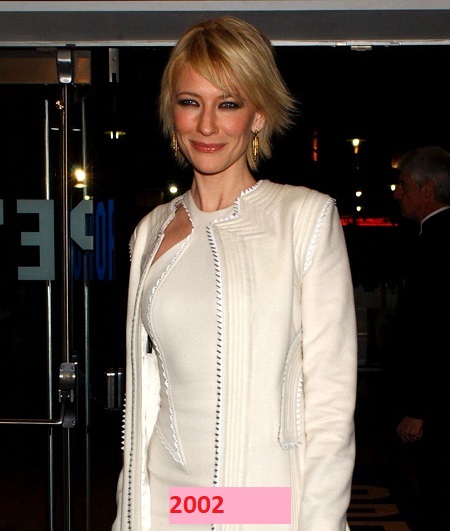 In 2004, Blanchett could have sparked breast augmentation speculations if she hadn’t been pregnant. However, if she wasn’t pregnant, it’s unlikely her breasts would have seemed larger, especially given her constant weight. 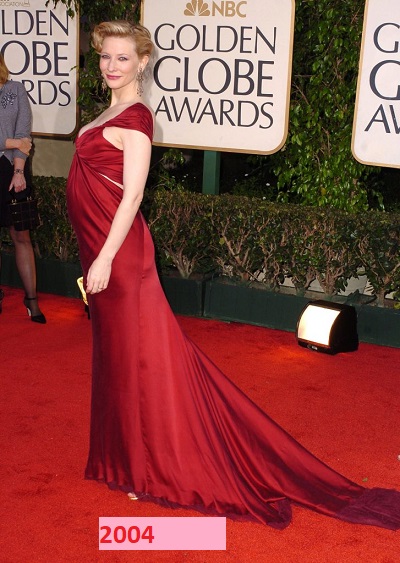 Blanchett’s smile lines and wrinkles are more visible in 2008, as she approaches her forties. And her crow’s feet are more prominent around her eyes. So far, the outstanding actress has aged magnificently. 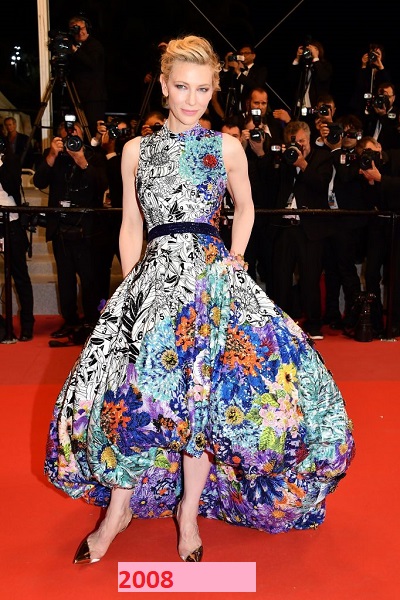 Her cheek lines and skin around her neck are clearly visible in this 2012 shot (and hence, no neck lift). 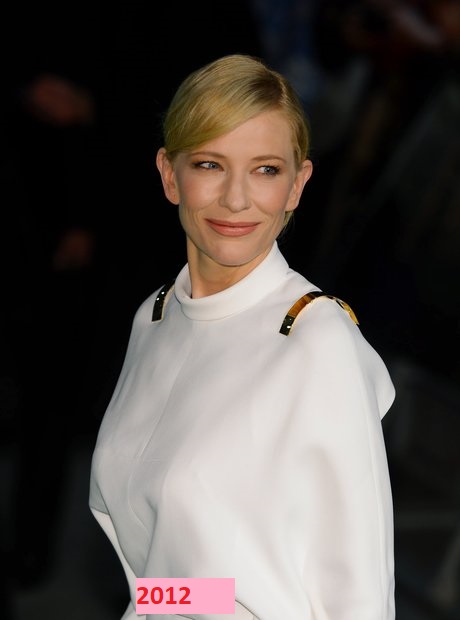 The year is 2018. Her face does not appear to have been artificially improved or de-wrinkled. And her physique is the same as it has always been, fit and thin. Given that she has given birth to three children, one has to question if she has had a belly tuck or liposuction. 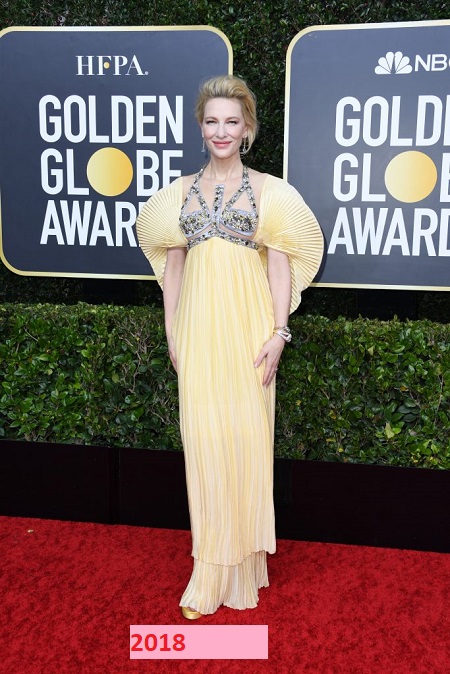 In 2021, the change in Blanchett’s face may be seen here, most notably in her disappearing grin lines. Nothing out of the ordinary to imply a facelift, but botox appears to be at work here. Was she eventually swayed by Hollywood forces, or was the image just airbrushed? 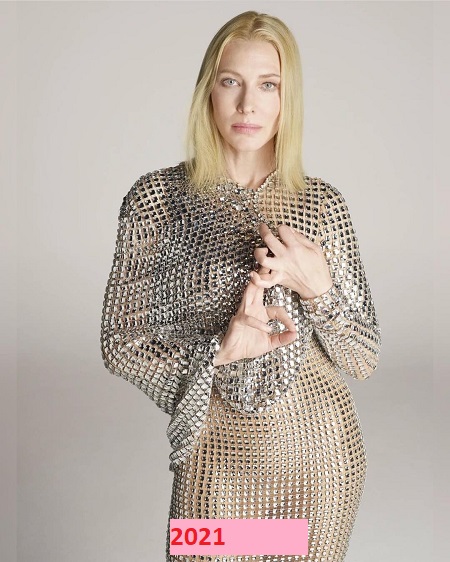 We are more inclined to attribute Blanchett’s facial changes to make-up, skincare, and computer editing.

Most recently, Blanchett used prosthetic teeth for her reel character as Brie Evantee in the comedy film Don’t Look Up, directed by Adam McKay. The bright, white fake teeth, which she flaunted in the movie, however, sparked suspicions of plastic surgery on the internet.

In a 2012 interview with Fashionista.com, The Hobbit actress said that she feels pity for women who have splurged on Botox or plastic surgery. She even expressed her skepticism of cosmetic procedures, saying:

“There’s been a decade or so of people doing intervention with their face and their body. Now that we’re emerging from that people are seeing that long term it’s not so great.”

“I’m not sitting on a soapbox telling women what they should and shouldn’t do, but I know what works for me. I’d just be too frightened about what it means long term.”

Blanchett went on to say that ladies who have had a lot of cosmetic treatment have a specific aspect about them that she finds unappealing. She said:

In the end if you have all that stuff done..in the end you just see the work. It doesn’t fill me with admiration, it fills me with pity.”

It seems Blanchett isn’t too worried about aging. She is happy with her natural beauty and would never go under the knife to look younger.