Ashley Judd has received more than her fair share of prying and presumptuous questions about her appearance during her career. And most recently, she has once again been targeted with plastic surgery speculations after she and her sister Wynonna accepted the Judd’s Country Music Hall of Fame induction on May 1, 2022. Her face is all puffed off now. What happened to her face, and how has Ashley Judd reacted to plastic surgery speculation over her appearance in the past?

Ashley Judd, born on 19 April 1968, is a popular American actress and political activist. She is also famous as the daughter of the late country music singer Naomi Judd and the half-sister of Wynonna Judd.

As an actress, Ashley is known for her roles in films such as Ruby in Paradise, A Time to Kill, Double Jeopardy, High Crimes, Dolphin Tale, Barry, and A Dog’s Way Home, to name a few. In addition to acting, she is also highly involved in humanitarian efforts and political activism.

In early 2012, Ashley Judd found herself at the center of plastic surgery controversy when she appeared on a Canadian network TV show to promote her then-new series Missing, US Weekly reported.

At the time, her face looked very bloated, with speculation circulating that the star’s puffy face was the result of using too many fillers. 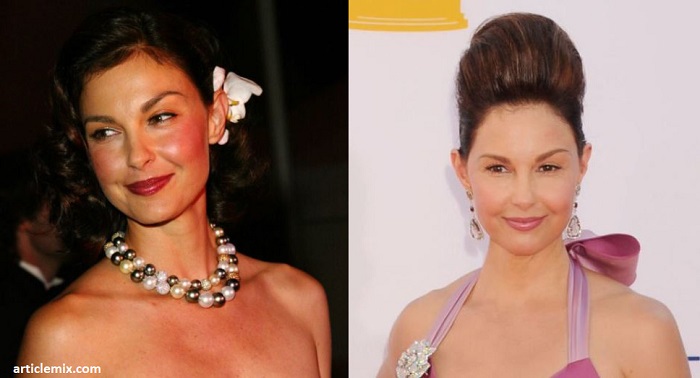 In April of that year, Ashley delivered an emphatic riposte, via an op-ed in the Daily Beast, to those individuals and media outlets jumping to conclusions about her “puffy” face and weight gain, and spreading rumors about her having plastic surgery.

She explained the swelling in her face was a side effect of strong medication, including steroids, which she had been taking for over a month to treat an illness. She wrote:

“When my 2012 face looks different than it did when I filmed ‘Double Jeopardy’ in 1998, I am accused of having ‘messed up’ my face … with a passionate lament that ‘Ashley has lost her familiar beauty audiences loved her for.”

My friend @AshleyJudd made a few calls to people who chipped in a few dollars to our campaign. I’m proud that our campaign is grassroots—built by people, not Super PACs or billionaires.

Chip in $3 tonight, and Ashley could call you to say thanks! https://t.co/qOzNnVvmg4 pic.twitter.com/2SJOEAGKCp

Again in 2020, Ashley received ugly comments about her face stemming from a video posted by Elizabeth Warren’s campaign. She drew negative comments calling her face “puffy” and asking “how much work she’s had done.”

Ashley later took to Facebook to note she receives regular Botox injections for chronic migraines, a condition that also led to weight gain.

In February 2021, Ashley shattered her leg during a trip to the Democratic Republic of Congo that required life-saving surgery. Six months later, she announced a major milestone on her road to recovery via Instagram: she had managed to walk “up hill on uneven surfaces for an hour confidently”. 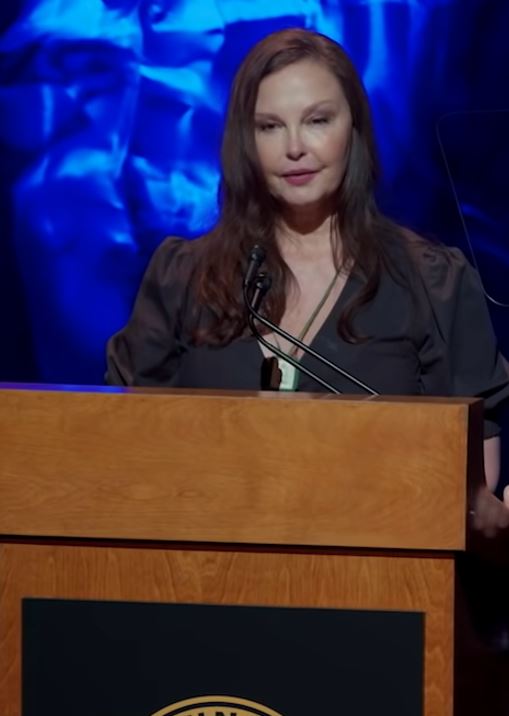 On May 1, 2022, Ashley and her sister joined the Country Music Hall of Fame.

And now, after a year and three months of the Congo accident, rumors are remerging about Ashley Judd’s appearance – in particular her face.

We believe Ashley doesn’t need to relay anything in response to these rumors. In lieu of a direct response from her this time around, refer to her previous explanations.